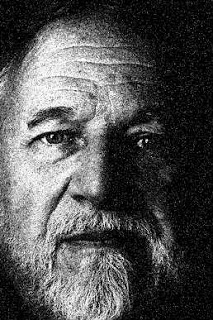 It is surely impossible to overestimate the influence that Richard Matheson had on the fields of horror and science fiction and fantasy throughout the latter half of the 20th century. The titles of his legendary works hardly need to be repeated for true fans of genre entertainment. His death today at age 87 ends a long reign as a respected master of the macabre mixed with the mundane, of the everyday horrors and wonders and threats that once were found only in places like ethereal Gothic castles of the old world. Matheson found terror in the abandoned streets of Los Angeles, in the skies 20,000 feet above the earth, in the high-rise apartment of a young single woman, on the winding roads of a West Coast desert. You know the stories, you love them, and fortunately for us all they will continue to haunt us for as long as we are able to be haunted... 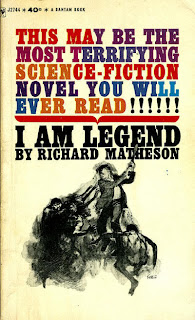 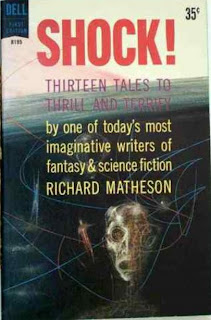 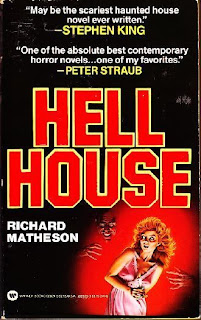 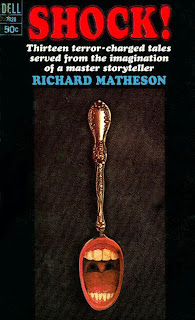 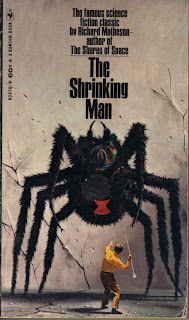 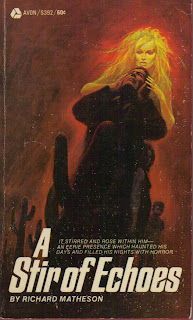 Posted by Will Errickson at 3:06 PM

Absolutely sad news. He was among the top of the line and could have very well stood atop the line. "The Shrinking Man" was an excellent novel, as were his many short stories. "The Test" is quite underrated. RIP Mr. Matheson.

I can't believe this. Heartbreaking news. I have no other words. I can't define this loss.

His short story "The Children of Noah" from an old Alfred Hitchcock paperback is a favorite of mine, for creeping me out when I first read it as a kid. Sad news about his passing.

He will be legend.

Whenever I'm melancholy or feeling like the world is too big for me to handle, I just remember this passage he left us with:

"I was continuing to shrink, to become… what? The infinitesimal? What was I? Still a human being? Or was I the man of the future? If there were other bursts of radiation, other clouds drifting across seas and continents, would other beings follow me into this vast new world? So close - the infinitesimal and the infinite. But suddenly, I knew they were really the two ends of the same concept. The unbelievably small and the unbelievably vast eventually meet - like the closing of a gigantic circle. I looked up, as if somehow I would grasp the heavens. The universe, worlds beyond number, God’s silver tapestry spread across the night. And in that moment, I knew the answer to the riddle of the infinite. I had thought in terms of man’s own limited dimension. I had presumed upon nature. That existence begins and ends in man’s conception, not nature’s. And I felt my body dwindling, melting, becoming nothing. My fears melted away. And in their place came acceptance. All this vast majesty of creation, it had to mean something. And then I meant something, too. Yes, smaller than the smallest, I meant something, too. To God, there is no zero. I still exist!”


You're gone from us now, Mr. Matheson but you'll always be a part of the world.

To say the man was brilliant is the mother of all understatements. He stands with writers like Poe and Lovecraft as men who redefined horror on their own terms.

What makes him brilliant is how he could write brilliantly for different media. The books and short stories influenced two generations of writers. But his screenplays for American International were great fun -- especially his Poe adaptations. He's known for his work on The Twilight Zone, but he wrote a lot of television including Kolchak and Hitchcock Presents.

It will be a long time before we see the likes of Richard Matheson again.

Brian, I almost used a line very similar to your last one to end this post. Your other points are all correct!

Thanks for commenting everybody. And Adam, thank for that fantastic quote...

He was one of the greats, and his classic works have always placed him at the top of my list of favorite writers. We should all be so lucky as to leave behind such a meaningful impact on others' lives.

He is Legend. I only got around to reading Hell House this year and was floored by how brilliant it is. I agree with Stephen King's blurb in that it's the best haunted house story ever. I'm also a huge fan of of his screenplays he made in the 70's for many made-for-TV movies, Trilogy of Terror prime among them. Check out this blog post for more on Matheson's TV work: http://madefortvmayhem.blogspot.mx/2013/06/richard-matheson-1926-2013.html