New Terrors, edited by Ramsey Campbell (1980): There's a Place for You In Between the Sheets 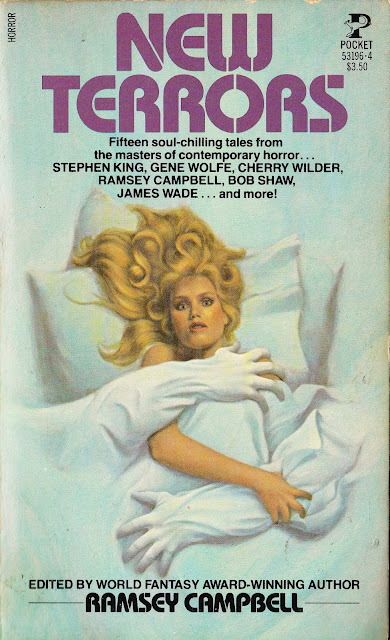 Throughout the 1980s paperback horror boom, there was no shortage of horror anthologies. Sure, prior decades had seen their share of tomes of short horror fiction, but often they were mixed with tales of science fiction, fantasy, and crime. The American paperback original edition of New Terrors (Pocket Books, October 1982), showcased writers of various genres right there on the cover. As the '80s wore on this practice was seen less and less and horror anthologies began to feature solely horror writers. For the most part, horror anthos were a treat, even if they were uneven; useful for voracious readers to sample writers they were unfamiliar with, to see what short sharp shocks they could deliver, to learn in a bite-size morsel who might be worth reading an entire novel by and who might be best to avoid. 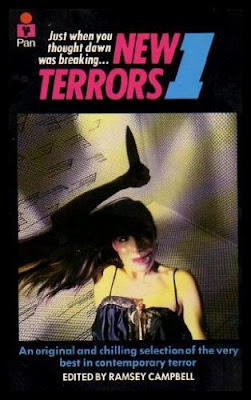 The American edition doesn't include all the stories as the 1980 original from across the pond, but it does have an utterly delightful cover. Lisa Falkenstern, illustrator extraordinaire, painted vivid portraits of the macabre that have become icons of the era. Sure, okay, the lovely wrapped in bedsheets doesn't exactly align with what's going on between the covers (heh) but who cares? Did anyone ever try to return a book because what was depicted on the cover never actually occurred inside? 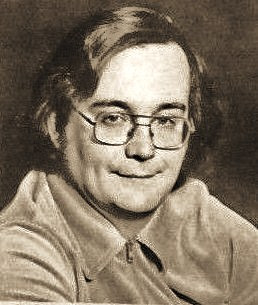 As an author Ramsey Campbell is one of the modern horror greats, that hardly needs to be stated, and he is no slouch as an editor either. For New Terrors he's chosen short works of various styles and themes, but which are wrought with fine instruments, presented with an artist's care, then deployed just so for maximum horror impact. The authors wield scalpels, not sledgehammers. The caliber of imagination at work here and the general quality of the prose in its service is impeccable. There is no jokiness, no ill-timed humor, very little grue. The writers strive for elevated implication rather than spell-it-out twists. For the most part the writers succeed at this distinctive style of quieter horror—indeed, many if not most stories have a Campbellian quality to them. 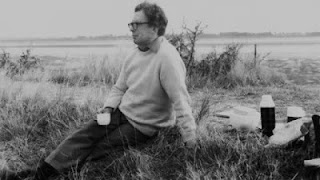 New Terrors reveals its high pedigree from the first. It begins with one of Robert Aickman's inimitable stories, "The Stains," and it is the longest tale here at nearly 60 pages. Stephen is a middle-aged widower who visits his brother at his small parish in the British moors, where Stephen goes on long lonesome walks. He meets a young woman collecting lichen-covered rocks for her father; Stephen's brother is an amateur expert on the topic but she seems unimpressed, and knows her illiterate father won't care either. This is Aickman's version of "meet cute." He entices the girl to meet him the next day, and they do, exploring an abandoned primitive country home which contains an old mattress in a small room upstairs, where:


...every night the moon shone across their bed and their bodies in wide streaks, oddly angled. "You are like a long, sweet parsnip," Stephen said. "Succulent but really rather tough." "I know nothing at all," she said. "I only know you." The mark below her shoulder stood out darkly, but, God be praised, in isolation. What did the rapidly deteriorating state of the walls and appurtenances matter by comparison with that?

Allusive, symbolic, literary, lightly weird: yep, this is vintage Aickman, and it won the 1981 British Fantasy Award for Best Short Fiction. I appreciated its mild earthy eroticism, the "stains" that creep up on Stephen and slooowly subsume him. Give yourself some time to savor this mature master. 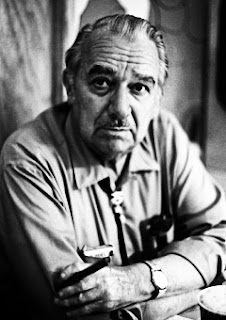 "Yare" by Manly Wade Wellman is written in his own country grammar, which I can enjoy in doses very small. But Wellman's pen is sure and fine as he characterizes well rough-hewn working men with good trustworthy hunting dogs and backwoods superstitions that turn out to not be superstitions at all. One man has been summoned: "Hark at me good. It ain't no fox that we come out here tonight to have the dogs run." A tale of rural dark fantasy, it's good, but I think it would would have been more at home in Stuart David Schiff's Whispers anthologies.

One of Steve Rasnic's earliest stories, "City Fishing," has two men and their two young sons going out on a fishing trip. Simple. Except they had to physically restrain the mothers:  Jimmy overhears his mom: "You can't take them!"... then there was a struggle as his dad and Bill's dad started forcing the women to the bedrooms. Bill's mother was especially squirmy, and Bill's father was slapping her hard across the face to make her stop. His own mother was a bit quieter, especially after Bill's mother got hurt, but she still cried. Yikes. The travelogue that follows grows more surreal as the men drive into a city that grows more and more decrepit but buildings begin to appear hung down from the sky on wires. Is this an initiation rite of toxic masculinity? Perhaps; its weirdness stands on its own. 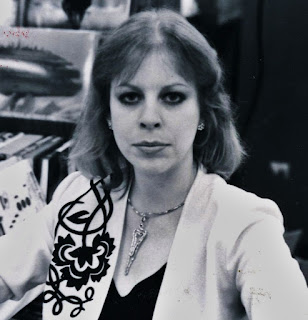 Filled with graceful contours and female perception, the late Tanith Lee's "A Room with a Vie" (that's not a misspelling) has no mythic dark fantasy, but an English country vacation home, a rented room, a former tenant now deceased, and Caroline, who must get away. But escape from one's past and personal problems is impossible in horror, and her "hallucinations of fecundity" will bring the room to life. "Oh, Christ, please die," she said. Her lucid prose, even when depicting impossibilities, as well as a tinge of black humor at the climax, make Lee's story a standout.

"Tissue" by a young Marc Laidlaw has some unsettling imagery of the flesh as you might guess by its title, and it works beautifully. Macabre, insane family issues come to the fore when a young man brings his girlfriend to meet his father after the death of his mother. Dad's idea of family? "One optimally functioning individual organism." Laidlaw gets literally under the skin with some startling imagery and ideas, assisted by certain Campbellian touches. Another high point. 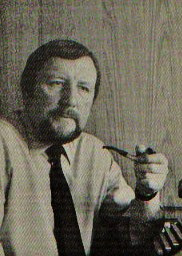 Bob Shaw was a beloved Irish science fiction writer. His "Love Me Tender" reads like a '40s crime story with an escaped convict named Massick on the lam, trudging through muddy forest, following train tracks, a city boy in a prehistoric landscape. He comes upon a shack and an old man drinking whiskey, sorting dead butterflies for the university nearby, talking about mimics and lookalikes. When Massick gets a look inside the shack's sole locked door, he's eager... but of course all that stuff about lookalikes wasn't idle chatter, and the common noir trope of femme fatale becomes all too literal. Good stuff, great payoff. 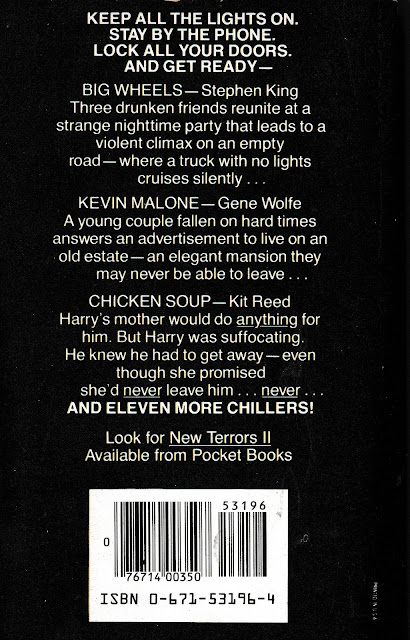 Another science fiction author offers another very good story: "Kevin Malone" by the highly-regarded Gene Wolfe. A couple in dire straits answer an ad for free living arrangements in exchange for "minimal services." Oh my god, seriously people?! Do not do this ever. Though brief, in his stately, sophisticated prose Wolfe's literate story bewitches: I felt that pricking at the neck that comes when one reads Poe alone at night. 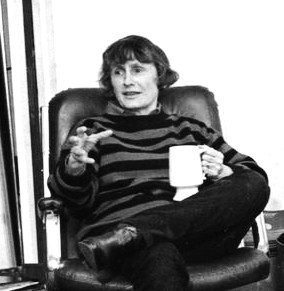 "Chicken Soup" is about Harry, who loved being sick, and thus develops a rather unhealthy relationship between Harry and his mother. Another writer known for SF as well as mystery, Kit Reed, in addition to be a revered professor and who died last fall, ventures into domestic Shirley Jackson territory, with perhaps a hint of Harlan Ellison's 1976 darkly comic story of Jewish guilt, "Mom." Like all happy couples they had their fights which lasted only an hour or two and cleared the air nicely. Reed wraps it all up in traditional horror manner. Not bad. Neither "The Pursuer" by James Wade nor "The Spot" by Dennis Etchison and Mark Johnson rose higher than "that was okay" for me: the former is a rescue from 1951, an "urban horror" not unlike Beaumont or Matheson; the latter is, as Campbell even notes "more allegorical than most of the tales in this book," make that "too allegorical for its own good." 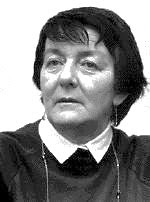 New Zealand SF/F author Cherry Wilder contributes "The Gingerbread House," which has some familiar touches but a couple fresh notes. Amanda visits her brother Douglas, newly divorced and cranky as hell, living in a German cottage owned by a madwoman now in a sanitarium. Together they face ugly secrets about themselves: he may have killed a child in a hit-and-run, she suffers from anorexia (a rare acknowledgement of the disease in that day).


"You must stop running away."
"So must you," he said, with a reassuring touch of the old self-righteousness. "Yes," she said, "yes, I promise. I'll eat... I'll put on ten pounds, twelve. Only we must leave this house... this is a rotten place. It plays tricks."
His eyes swiveled nervously in the direction of the cupboard.
"You may be right," he whispered. 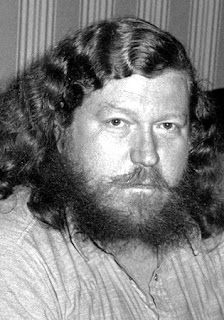 ".220 Swift" is one of Karl Edward Wagner's long, major works. It's a sweaty, claustrophobic tale of two men heading into a cavern in a North Carolina hillside, inspired by, as Wagner put it, "archaeological curiosa." Solid dialogue, solid grounding in reality, solid everything, it has all the components that made Wagner a legend in his lifetime. While I could do without passages about guns and ammo (it's the title), I realize this is something Wagner knew intimately. And Campbell's own contribution "The Fit" also hit my horror sweet spot; it also features everything that makes Campbell great. Rather alienated young man spends holidays with his aunt who is a dress-maker. She runs afoul of local crone named Fanny Cave (I kept imagining her in her cottage, her long limbs folded up like a spider's in hiding) who lives down by the water. Notes of uncomfortable sexual tension and inanimate dress dummies and clothing that take on sinister agency appear—Eventually I managed to sleep, only to dream that dresses were waddling limblessly through the doorway of my room, towards the bed. Add a shuddery finish and you've got a maybe a precursor to his classic The Face That Must Die. 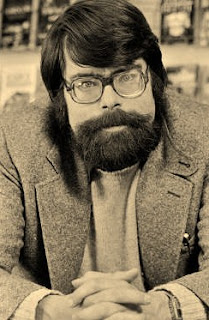 New Terrors ends on a celebrity note, and Stephen King's name looks great on the cover, but wow has this one always been one of my least favorites by the man. I first encountered "Big Wheels: A Tale of the Laundry Game" in Skeleton Crew, when it was published some years after first appearing here, and in that collection it was rewritten for whatever reason and to whatever effect. Either version is a lesser work. One creepy image can't make up for these characters' drunken, tiresome, pointless antics. "This is his strangest story," Campbell notes, sure, but it offers little else.


Taken as a whole, New Terrors does feature some terrific writing, effectively horrific scenarios, and a couple first-rate stories, but today, some weeks after reading it, I'm hard-pressed recalling specifics about the lesser stories. Strong works from Aickman, Lee, Laidlaw, Wolfe, Wilder, Wagner, and Campbell; okay ones from the others and a couple "why bother?" equal around a 75 or 80% competency rate, so like a C+ or B if we're grading. However that Falkenstern cover is an A+ on its own merits, I think you'll agree! 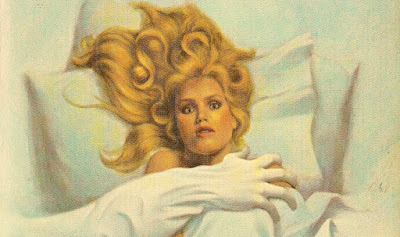