Blood of Nostradamus Trilogy by Andrew Laurance (1991): Eye of the Prophet Consisting of three occult horror novels originally published a decade prior in the UK under different titles, Blood of Nostradamus (Diamond Books/1991) is the work of one Andrew Laurance, the pen name of a French-British author André Launay. Not sure if the original novels, the titles of which you see on the paperback covers, were related; seems like that "Blood of Nostradamus" titling (and I suspect the trilogy-izing) was an after-the-fact creation by the publisher. Speculation on my part; I had never heard of any of this till this very day. 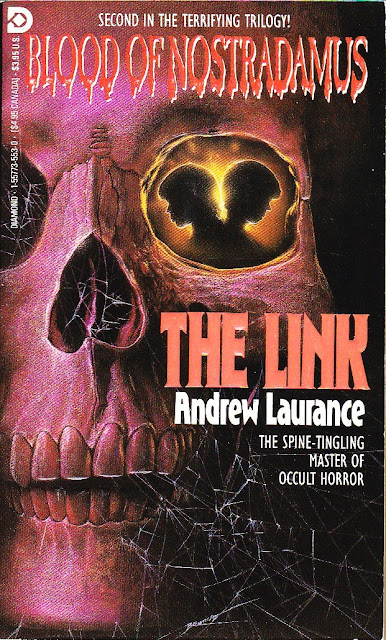 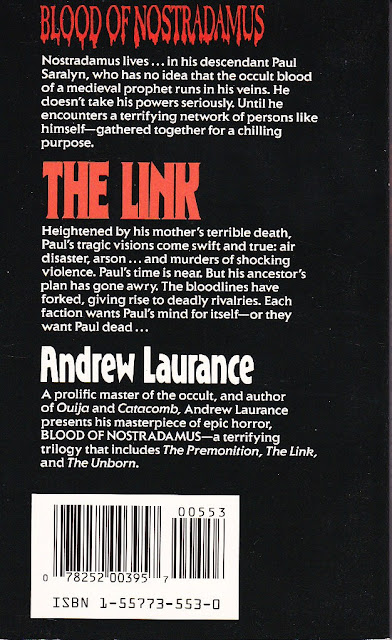 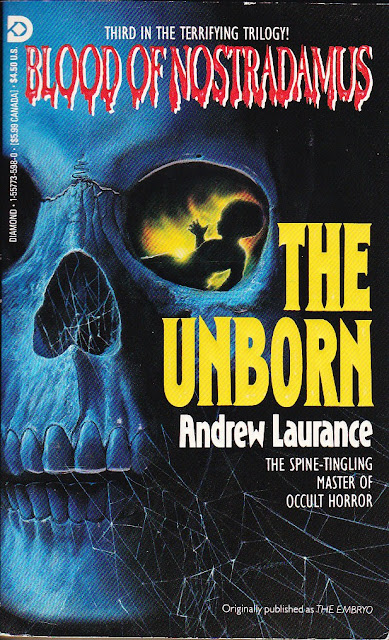 Nostradamus and his supposed prophesying is a topic that bores me to tears. Going by the back-cover copy, these don't sound too terrible, but I really have no idea and probably won't find out. In my research I see that Diamond Books reprinted several other of his early '80s horror novels, including Ouija, The Black Hotel, and Catacomb. Haven't seen any of these out in the wild at all, and I wonder if any horror fiction readers have any familiarity with them. Let me know! 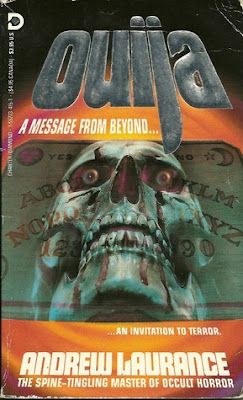 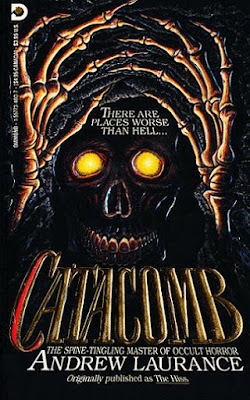 Posted by Will Errickson at 9:27 AM

In my research I see that Diamond Books reprinted several other of his early '80s horror novels, including Ouija, The Black Hotel, and Catacomb. Haven't seen any of these out in the wild at all, and I wonder if any horror fiction readers have any familiarity with them. Let me know!
-----------------

I've seen CATACOMB many times, but have never seen OUIJA or THE BLACK HOTEL, the latter of which I probably would have picked up based on the cover art and hotel setting.

I've also seen one, two, or all of the initial trilogy pbs (never stopped long enough to understand that it was a trilogy, so not sure which one(s) I saw).

Never read the guy. But I am going to keep an eye peeled for THE BLACK HOTEL.

Weird. Never heard of this guy nor have I seen any of these books! What gives? I'm partial to John Farris' book Catacombs, so I would like to check this one out . If i were to pick one of them that would be my choice.

I read "The Black Hotel" - it wasn't brilliant. His "Medusa Horror" was much better - I wrote about them both here.

I (at 43 now) read these when I was younger. Saw the first when I was waiting for a doctor's appointment.and found the others later. I actually enjoyed the set of books. And as an adult would like to read them again. Simply to see if I enjoy them now as I did when I was younger. I remember they were well written and intriguing. Offering a bit of history (as in the prophecies...umm of nostradomas) and a bit of suspense...
Still I recall a good story. Let your mind go, and get enveloped in the story. A good read....

I'm much the same, I read the trilogy when I was younger along with the black hotel and loved them, now at the age off 44 I would love to read them again to see if they are as good as I remember :-)