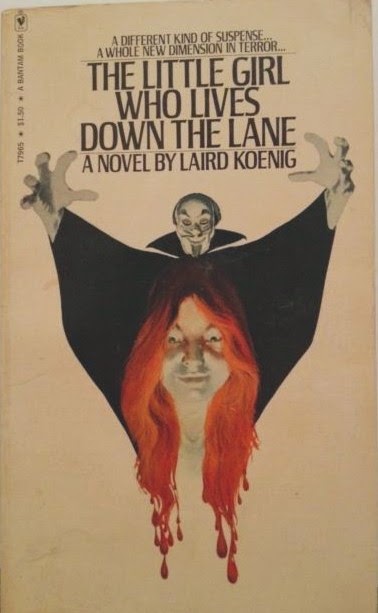 Don't know a thing about this author, Laird Koenig, but I'm sure everyone is familiar with The Little Girl Who Lives Down the Lane (Bantam 1975), which of course was the basis for the Jodie Foster/Martin Sheen flick. Using my Google-fu I track down the cover art for his other paperbacks, which feature imagery that invoke mystery, romance, thriller, and that kids-in-danger scenario (accompanied, of course, by a nursery-rhyme title) so beloved of mainstream readers. Islands (Dell 1980) is pretty cool, a nicely rendered bit of moodiness with an unexpected reference to Dickey's Deliverance. Rockabye (Bantam 1983) exploits a common fear, but the blue glow seems to add an otherworldly twist. 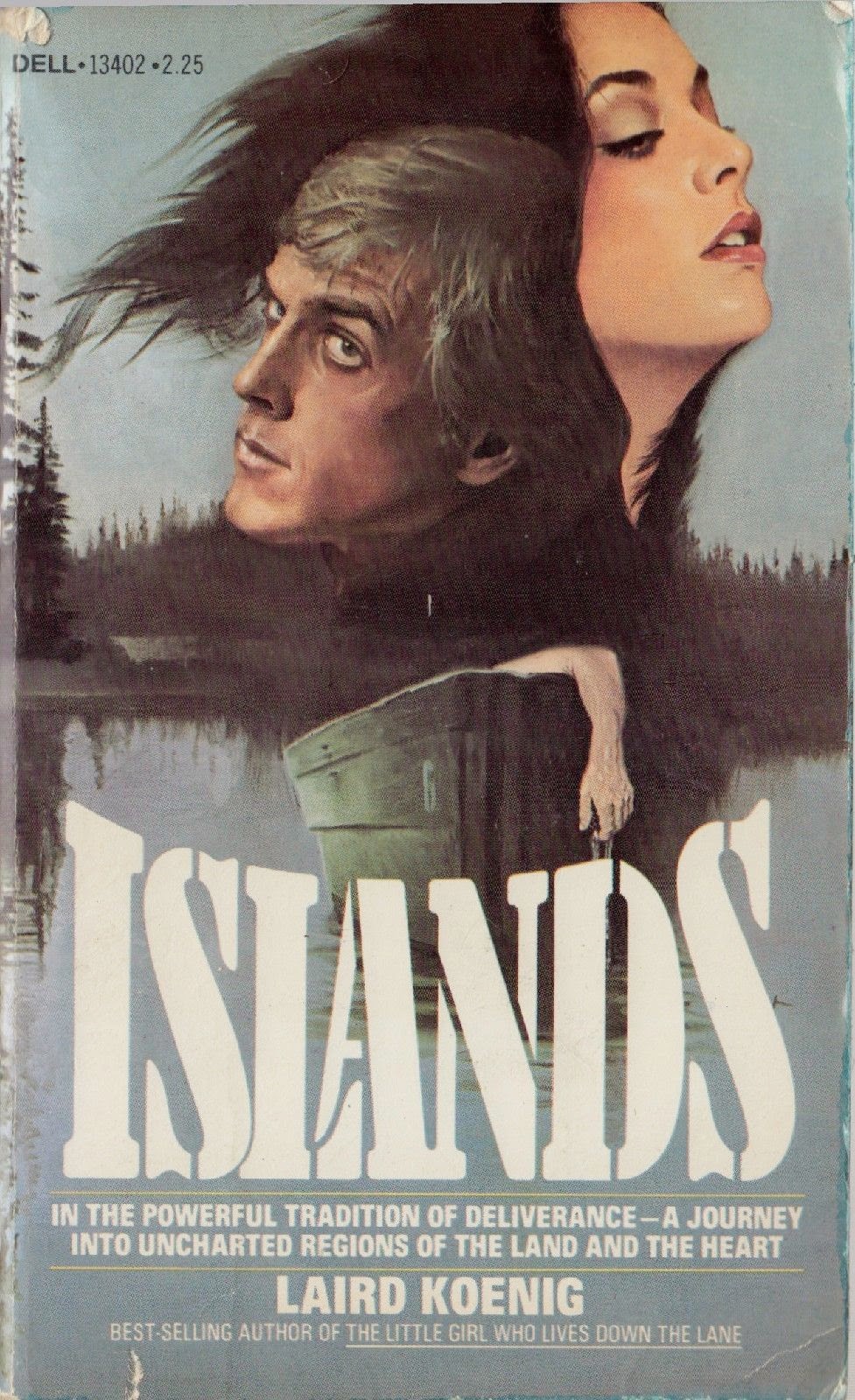 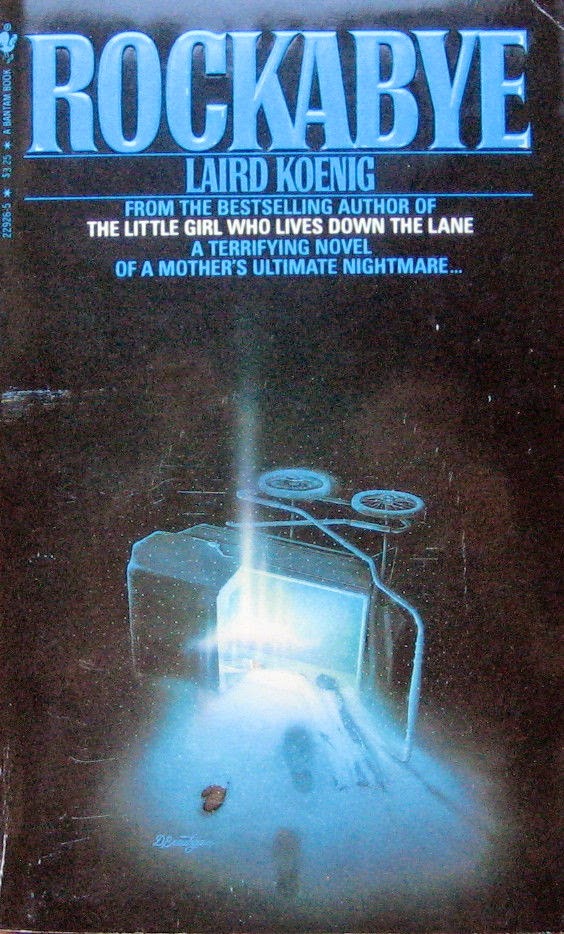 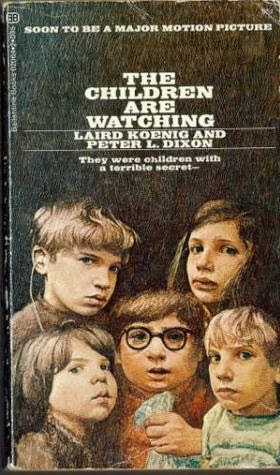 The Children Are Watching (Ballantine 1970) looks like young adult novels of the day, and of course any fat kid with glasses is gonna make a potential reader think of poor Piggy from Lord of the Flies (provided said potential reader made it through 10th grade English). Actually according to the scant online reviews, it sounds quite a bit like Let's Go Play At the Adams'. The predatory imagery of The Disciple (Bantam 1983) implies more than discipleship. Man what were they thinking in those days? 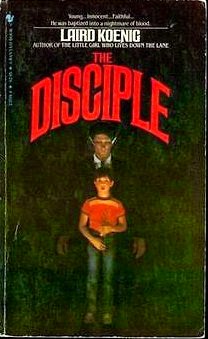 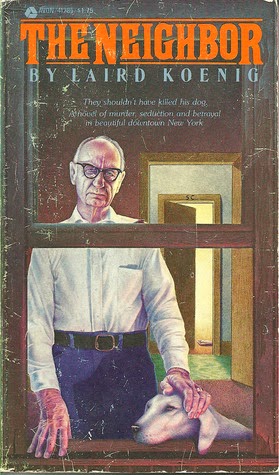 Posted by Will Errickson at 6:08 PM

I've never read anything by this joker, but I like the sound of his work. ISLANDS and THE CHILDREN ARE WATCHING sound great.

Ok you really dug up a time capsule this week Will! I of, course read tLGWLDtL when it was released-yes Im THAT old. But I was a teenager at the time so...I watched for anything else he produced and also read tCAW. And it was pretty great as I recall. Have not seen it since and lost my copy somewhere along the way. I always loved rthe cover though. Now these others I haven't read-but soon will! He is actualy avery nuanced writer. No real gore just lots of unease. And that's what I like.

I read "Little Girl. . ." in one sitting when I was 14 years old. I don't rank it as one of my favorite novels. But it was important in developing my reading tastes. It's a really good book.

The neighbour(oops, autocorrect. Just ignore the 'u'.) Sounds great to me. I love a bit of unapologetic vengeance, especially when it's poor old fido he's seeking vengeance for. And can there be anything more freaky than a bitter, twisted old man? Well yes, there probably is, but he's still freaky.

The Little Girl Who Lives Down the Lane is awesome - I read that one not too long ago and really enjoyed it. It's got quiet creeping horror that then builds as bad things keep happening. The movie was also pretty good - the book like in most cases is better than the movie.

Glad to hear Koenig does quiet creeping suggestive horror! Honestly I've never seen one of his books in a used bookstore, and I'm assuming he'd be under horror, between King and Koontz, so I don't know how I'd have missed him. Will start looking!

Oh man, "The Children Are Watching" looks SUPER-creepy. On the flipside, love that "Little Girl" cover for some reason.

“The Neighbor” is a good get-in-get-out thriller with some strange twists. It’s not really about an old man avenging his dead dog; that happens early on and quickly leads to other things.

P.S. The cover of that “Children…” book, it looks like the one boy’s wearing modern-day ear buds.

I should check if I still have my copy of The Children are Watching. The boy with the 'earbud' is partially deaf; I think all the kids had some mild health problem.
It reminded me more of the classic Our Mother's House than the gross-out pretension of Let's Go Play at the Adams. The harm the children do is not sadistic or malicious, more based on what can be done by those who don't really understand consequences.

Didn't realize he had written so many novels. I was only familiar with The Little Girl Who Lives Down The Lane and The Children Are Watching - the latter cover haunting me since childhood when it was a staple of my mom's library. The little girl on the lower left looked shockingly like my sister when she was young.