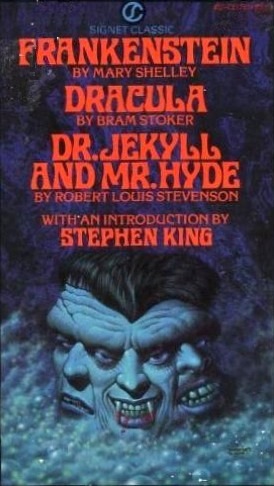 New Jersey-born illustrator Don Ivan Punchatz was born on this date in 1936. His surreal, otherworldly, even whimsical imagery adorned paperback covers in the horror, science fiction, and fantasy genres from all the top publishers: Avon, Signet, Dell, Berkley Medallion, and Warner, as well as for top authors like Asimov and Vonnegut. Especially prolific throughout the late Sixties and Seventies, he worked until the turn of the century and died in 2009. For a complete bio, read his obituary, which made the New York Times.

The monstrous triptych above that makes up Signet's 1978 three-fer of horror icons is a perfect example of Punchatz's style. A really great idea, melding those nightmare men into one terrifying visage!

Punchatz more often than not signed his illustrations, but for some reason not this distinctive cover for Michael McDowell's first book, the amazing Amulet, from 1979. I think Grady ID'd it for sure when we put together Paperbacks from Hell. 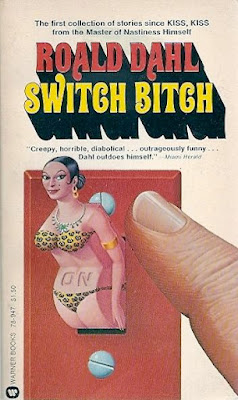 While not exactly a horror collection, the cover for this Roald Dahl 1975 Warner collection features an unsettling image that reveals Punchatz's clever playfulness. 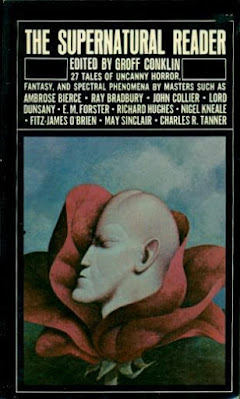 Punchatz like giant Easter Island-style heads; this imagery appears in several of his works. 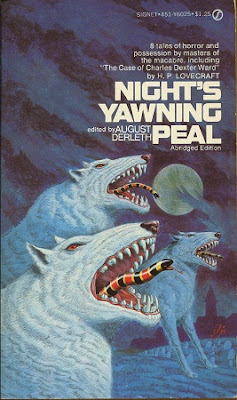 I really feel like Tim Burton had this 1974 August Derleth anthology on his bookshelf, don't you? 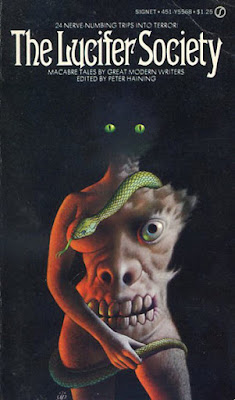 Peter Haining edited countless anthologies, but not all were published in the US. This one from Signet in 1973 boasts Punchatz really going for it... 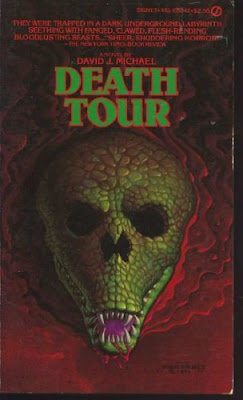 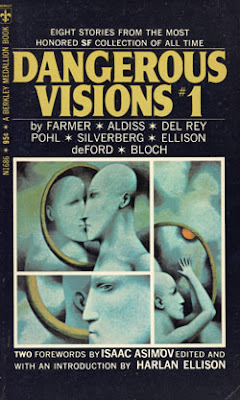 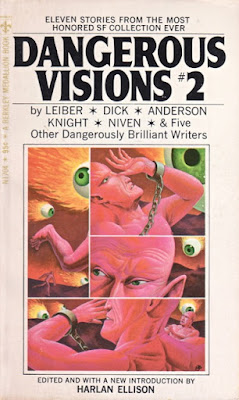 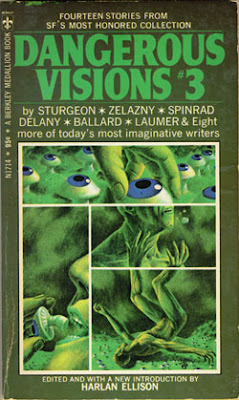 Dangerous Visions was an era-defining 1967 science fiction anthology, famously edited by Harlan Ellison. The book was huge, and later reprints divided it up into separate volumes. Punchatz's work was for the 1969 Berkley Medallion reprints. 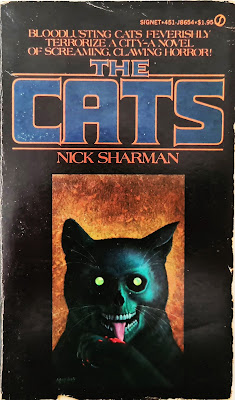 I absolutely love this kitty cover for the 1979 animal-attack novel The Cats. On my to-read list for sure! 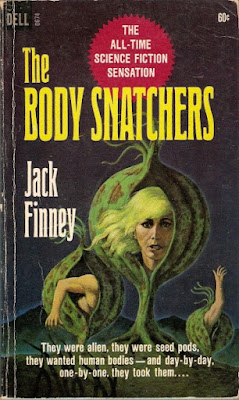 A germinal text of science-fiction horror, this 1967 reprint of The Body Snatchers has Punchatz's art capturing the novel's central idea perfectly.
Posted by Will Errickson at 11:32 AM

I remember seeing The Lucifer Society advertised in Warren Magazines, probably Vampirella. That cover always freaked me out!
The rest of these examples are amazing, and just another reminder of the sad state of cover design nowadays. I hate sound like an old geezer but they just don't make them like they used to.

There's an extremely odd excerpt of a Punchatz painting in Burne Hogarth's illustration advice book "Dynamic Light and Shade", and I've always been curious as to what it was originally done for. Hogarth describes the image like so: "Illustrator Don Punchatz conveys both physical and mystical power in this vision of a strong man who wears athletic briefs like a comic book Captain America, flexes his muscles, and displays a radiant heart of strength on his chest. The clenced teeth and gripped hands signalize—with the heart that glows like an incandescent lightbulb—the hero's power to prevail over the influences and temptations that surround him." What Hogarth doesn't mention is that our guy is grotesquely bulked-up and nearly naked, there's a big star right on the crotch of his briefs, his face is creepily half out of frame, and the "influences and temptations" standing behind him are a bunch of caricatured foreigners on one side and various authority figures on the other. It looks like either a John Birch Society fever dream, or a satire of the same in sort of a Will Elder style. Does anyone here know what the hell this was?