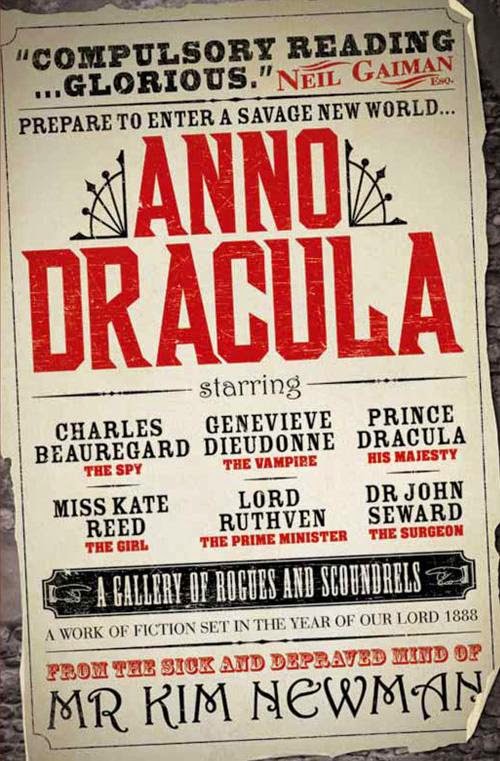 Wishing you a day of horror unlike any you've had before! Over at Tor.com, I've posted a review of one of my favorite novels for The Bloody Books of Halloween...

Posted by Will Errickson at 9:03 AM 2 comments:

The Bloody Books of Halloween Continues! 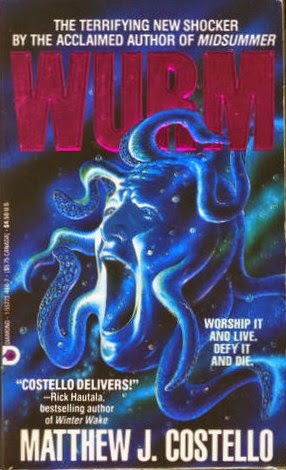 Everybody be sure to read Grady Hendrix's latest Bloody Books of Halloween review of the outrageous 1991 novel Wurm by Matthew J. Costello! My God, what a blast it sounds like. Anyway Costello's got some other excellently skeletal '80s and early '90s paperback covers as well: 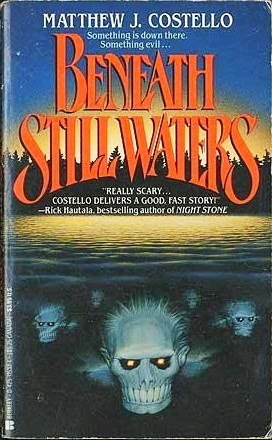 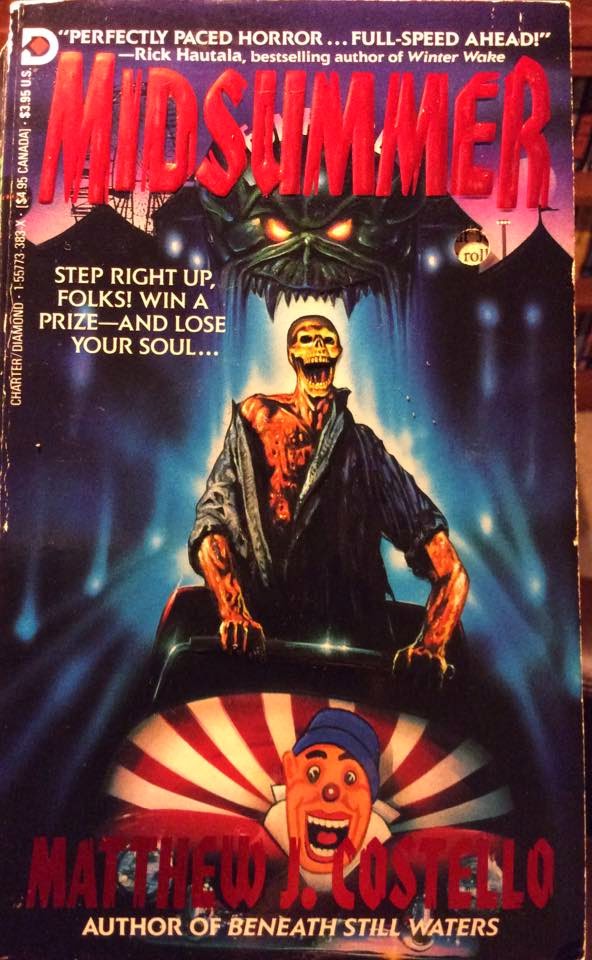 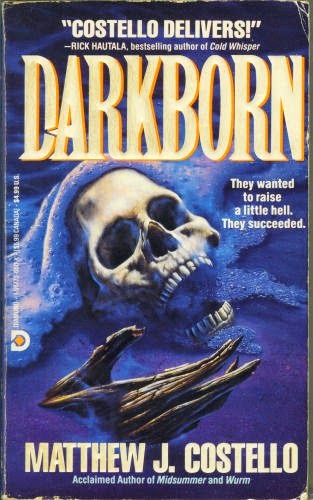 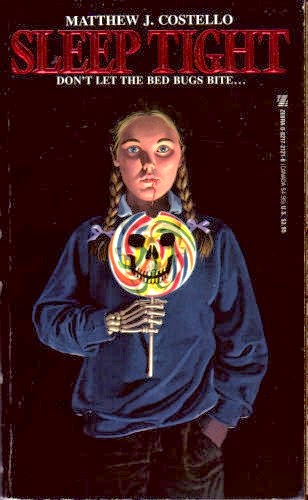 The Bloody Books of Halloween! 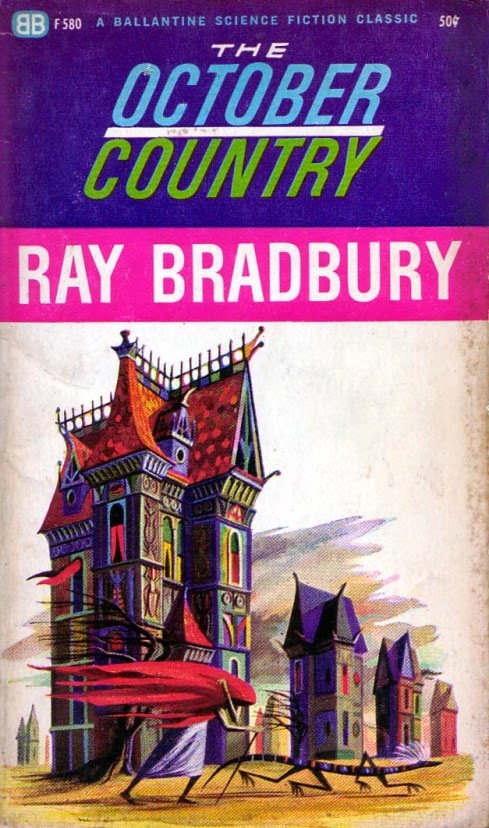 We had so much fun with the Summer of Sleaze series on Tor.com that author Grady Hendrix and I are joining forces again in a kind of literary countdown to All Hallows' Eve. We've dubbed it The Bloody Books of Halloween! Here's my first post and here is Grady's. Today I have a review of a seasonal classic...

Ringstones by Sarban (1951): When the Whip Comes Down 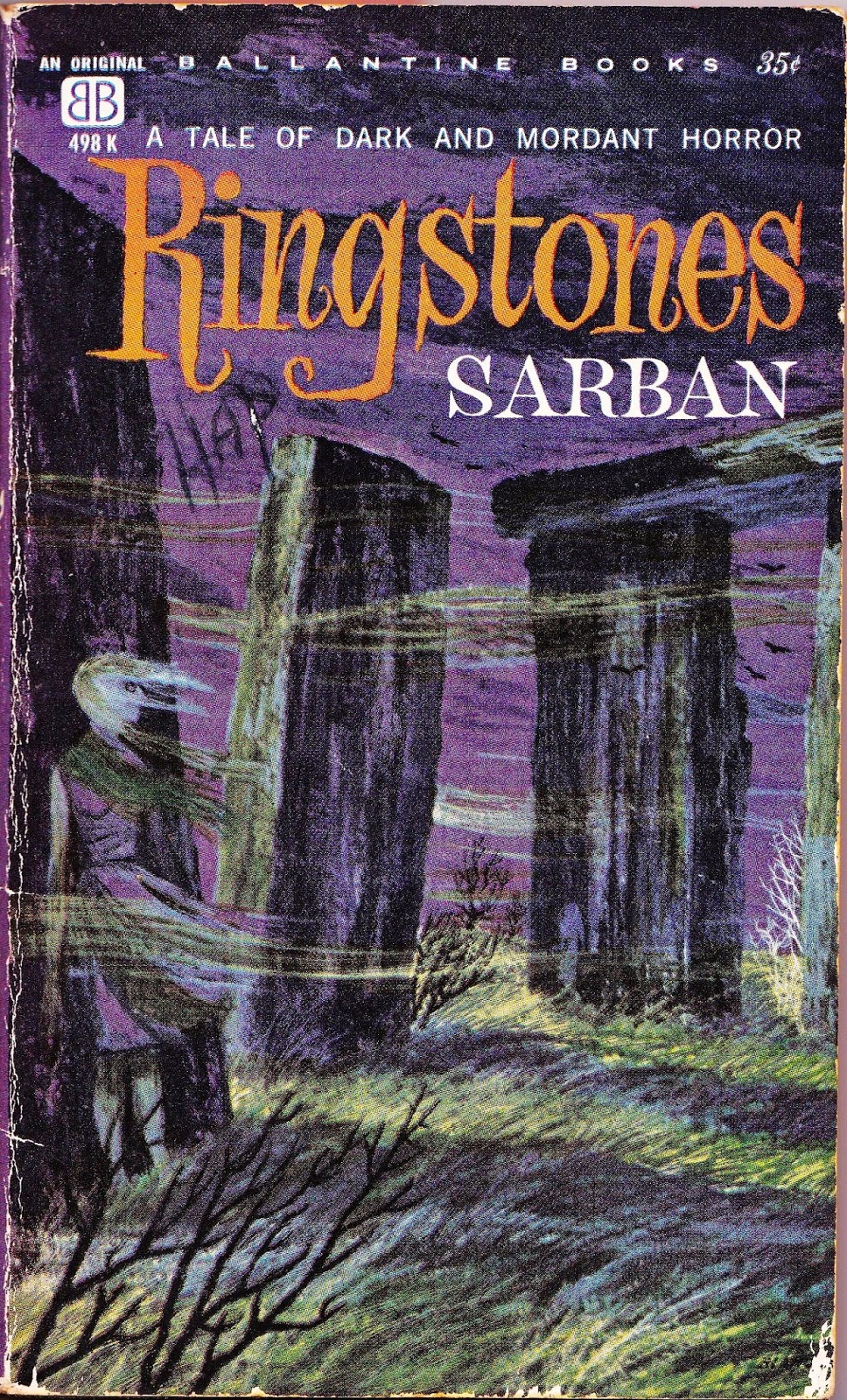 "The past is never dead. It's not even past." So goes one of Faulkner's great quotes and it applies to Ringstones completely. First published in 1951, it was written by British diplomat John William Wall (1910-1989), under his pen name Sarban, by which also wrote two other genre novels, The Sound of His Horn and The Dollmaker (all published Stateside by Ballantine Books in the early 1960s). Akin to the literate pagan chillers of Arthur Machen and set in a near-supernatural landscape such as Algernon Blackwood wrote of, Ringstones is an eerie, understated rumination on the ability of history to insinuate itself into the present in terrible ways.

That gloriously evocative paperback cover of the titular objects and the British moorland wilds seemingly aswirl with ghosts and fancies, by someone named "Blanchard" (you can just make out signature at bottom right), is a tad misleading; only a couple scenes are so tinged with windswept mystery, and I didn't find the story really "mordant" at all, but perhaps if I were a British citizen of the mid-20th century I would have found Ringstones "having or showing a sharp or critical quality; biting" as the dictionary definition goes. But really, that is one helluva cover.

We begin with an unnamed narrator talking about "Daphne Hazel's manuscript," and how the woman was a school friend of the narrator's pal Piers Debourg. Piers has received this item in the post and wants the narrator to read it. It's a perplexing, unsettling document, written longhand in a school notebook. Could it possibly be true? She seemed such a level-headed girl. After a couple pages of this, we get to the tale proper, and Daphne's story in her own hand begins. 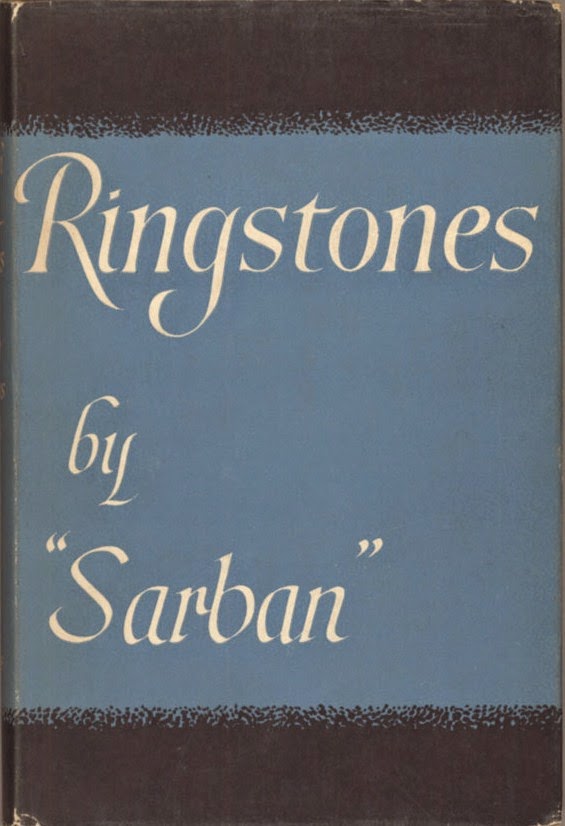 A student at a girls' school that prizes physical athleticism, Daphne is told of a job by one of the students' favorite teachers, and meets with the man looking for a young woman to help care for children in his charge living on his family estate at Ringstones (again, I'm not a British citizen, so I guess these kinds of prehistoric "ringstones" are common in the countryside--all I know about this I learned from Spinal Tap). The man is Dr. Ravelin, a formal, studious, and elderly man, given to rambling lectures on archaeology, anthropology, and comparative mythology (reminding me of my days of reading Joseph Campbell) and the reader would do well to pay close attention, as sometimes Daphne Hazel does not. His estate sits on grounds of a vanished civilization from prehistory, and he ruminates moodily about it:

"Elves, fairies, giants, magicians--certainly not just ordinary human beings must have raised these circles... a church chooses to sit up a heathen temple. perhaps these ancient stones hold down something far more ancient, something far stranger than the men who placed them understood. Some queer feet have danced here, I feel."

She travels to Ringstones Hall and meets her charges: young teenage boy Nuaman and two girls, Ianthe and Marvan. They're not British, but she is unable to discern, or find out from the children themselves, where they're from or why they're there. The just are. But her time with them is idyllic, frolicking in the gardens or the green fields, splashing in nearby lakes and creeks, playing rambunctious athletic and made-up games: "They were creatures of summer and some country of the sun." The girls hardly speak but Nuaman is precocious, vibrant, secretive, and takes to Daphne with an open and eager manner, almost flirtatious even. It's all fun to read, as Daphne's writing is light but descriptive, insightful but not pedantic (compare to the unnamed narrator's convoluted stylings). Of the children, she writes:

Marvan and Ianthe followed [Nuaman and me] in our comings and goings, always reserved and shy and a little behind. He gave them little orders--or what seemed to orders--in their language, always softly and gaily, and they obeyed promptly, fetching and carrying for him as an English girl might fetch and carry for an adored brother years younger than herself... 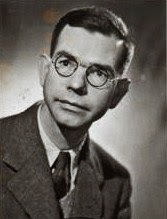 (It's that phrase "little orders" that the reader should alight upon.) Also at Ringstones are Armenian caretakers the Sarkissians, a husband and wife. Katia is the young housekeeper, a Polish girl who doesn't seem to be quite all there. Is it simply the language barrier, or is her mental state compromised? Legends of invisible little troll-like people in the forest who kidnap young women frighten her, and she has a frustrating tendency to mispronounce English words and turn them into something more than gibberish; she mispronounces them into sounding like other English words. When she tells Daphne that she is a "displeased parson," it takes a few moments to realize Katia means she is a "displaced person," that is, someone who lost their home due to the war. Later, she will tell Daphne that Nuaman--"Mr. No Man" as she says--"weeps." This boggles Daphne's mind: surely such a self-possessed and authoritative teen boy does not weep. 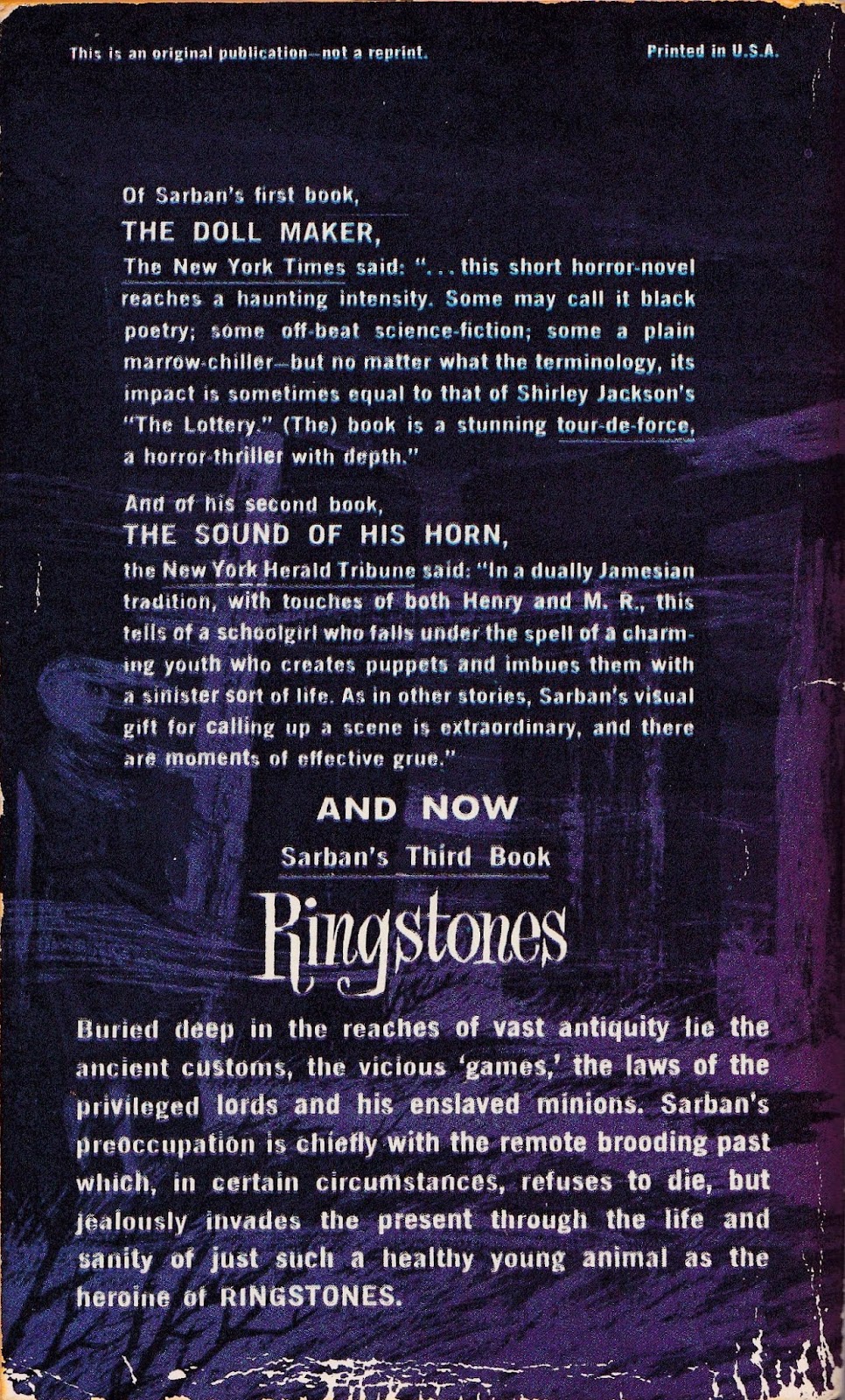 There are two major scenes that are perfectly composed: first, when Daphne gets lost on the boggy, almost hostile moors--as if the road hid itself, she notes--and second, a dream sequence Freud would have killed to analyze. Then, at the end of her narrative, Daphne wakes one night, walks out into the moonlight, and seems to find herself in Roman times, in that era Dr. Ravelin was fascinated by. Sarkissian appears, rough-edged and darkly-natured, and attaches to her bracelet a dog lead, and talks dirty to her in a coded, archaic country tongue: "You've a fancy to be yoked out, eh? Well, no man never drove a prettier pair. No, you're going to be put to school, Miss." Yikes! He will lead Daphne to Nuaman, to the mystery lurking in her dream, one that reaches out to the present day. The climax chills even as it confounds; we both understand and are mystified by Sarban's intimations.

I didn't read the back cover copy so as not to spoil my reading whatsoever; however that left me totally blind as to what was going on, even while it was going on! The more I thought about it, though, Sarban's shaggy-dog story rather came together. Now his other titles are definitely on my to-own-and-read list, and Ringstones is easy to recommend to readers who like their Machen and their Blackwood--although perhaps not to those who like their horror fiction loud and bloody. Me, I found the hints of ancient gods and mythical creatures, chthonic powers and illicit desires hidden in unspoiled nature just behind this veil of (oh-so-British) modernity, quite bewitching.

"I want to keep you here forever," Nuaman said, still gripping my hand hard.
"Ah well, you can't do that, you know. Everything has to end. Except a circle."
"A circle!" he exclaimed. "But Ringstones is a circle. And, look! We've made a complete circle now, and as we've made this we begin another. You never can come to the end of Ringstones."
"Can't we?" said I.

Posted by Will Errickson at 9:50 AM 7 comments: 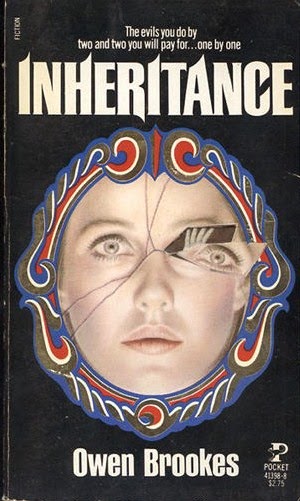 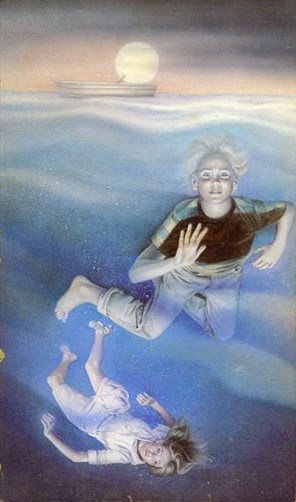 Posted by Will Errickson at 11:49 AM No comments: 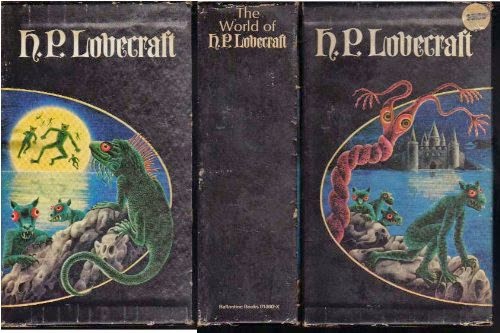 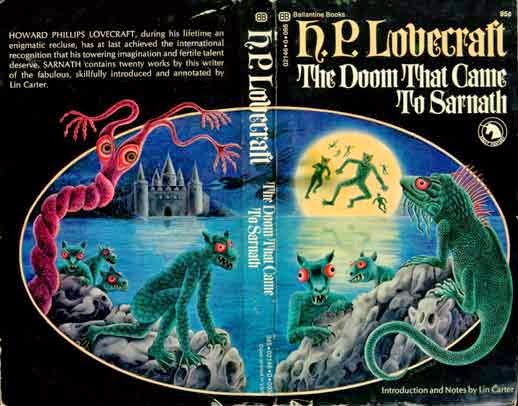 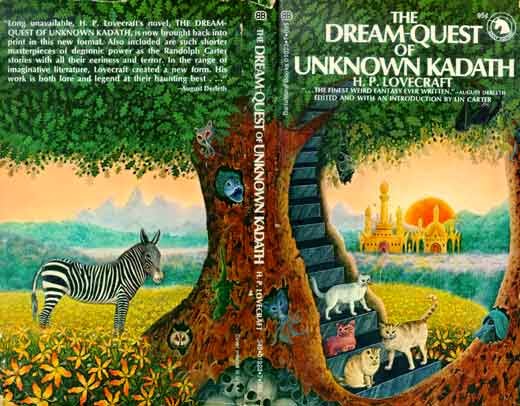 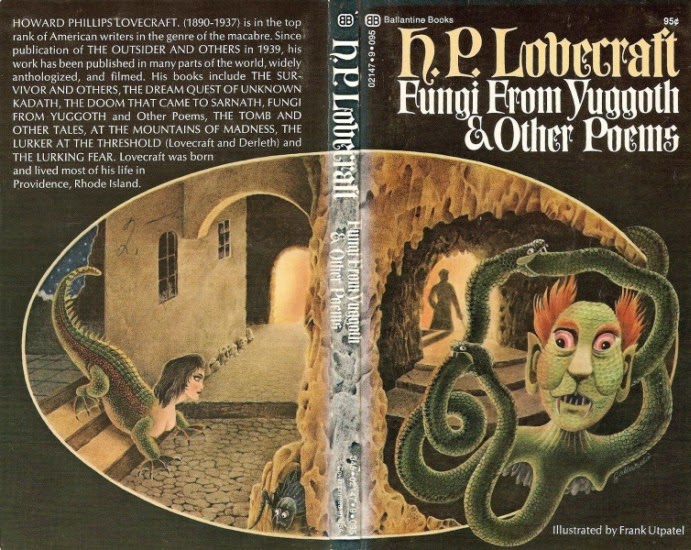 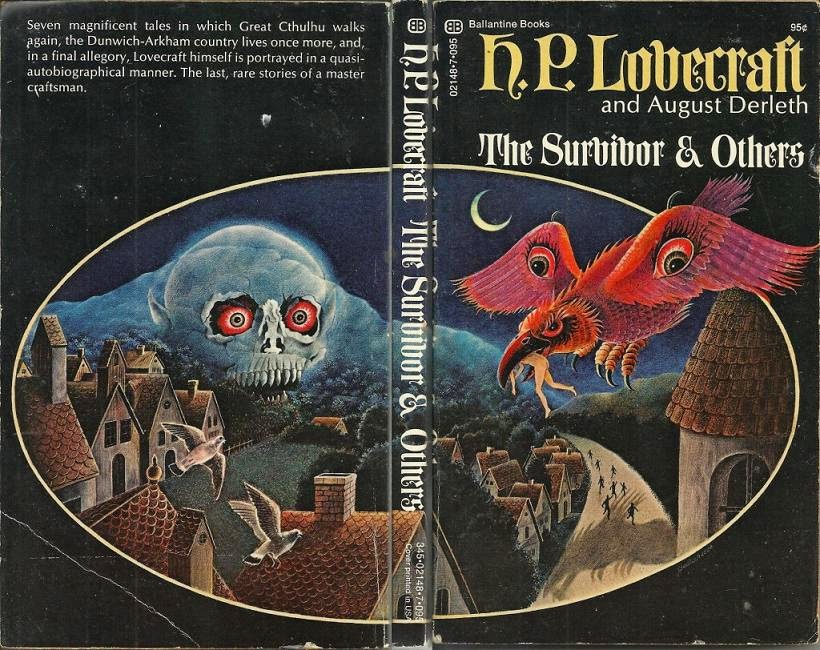 A collector could find most of the titles in this line for sale on eBay and Amazon, but I myself never see these HPL Ballantine books on used bookstore shelves. I think that an obsessive would be able to, after some hard and dedicated work, amass every Ballantine Adult Fantasy volume, perhaps even in mint condition, but that way madness lies... 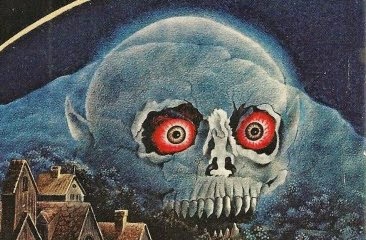 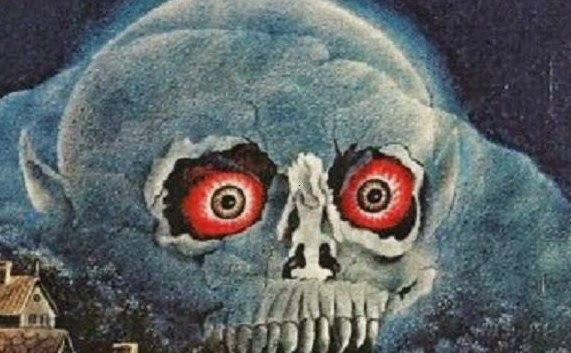 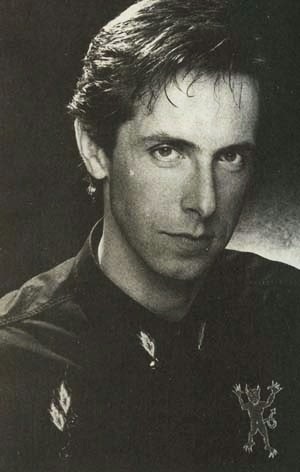 Best birthday wishes to the one and only Clive Barker, pictured here from the cover art of the wonderful 1991 nonfiction book Shadows in Eden, edited by Stephen Jones. It's an essential piece of Barkerania, and one day I'll get a review of it posted here. Promise! 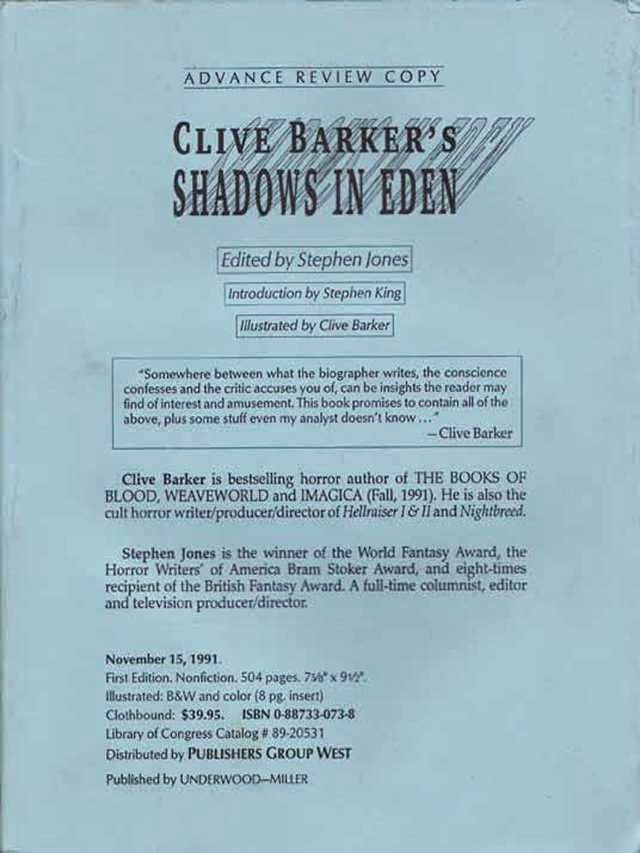 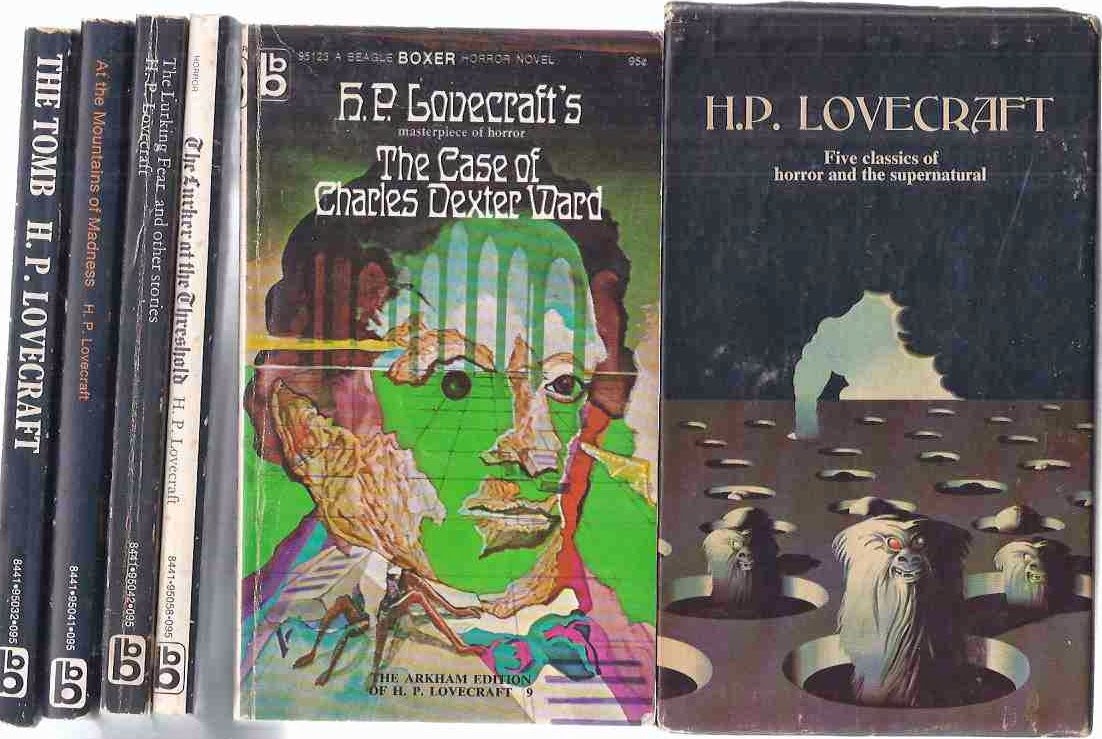 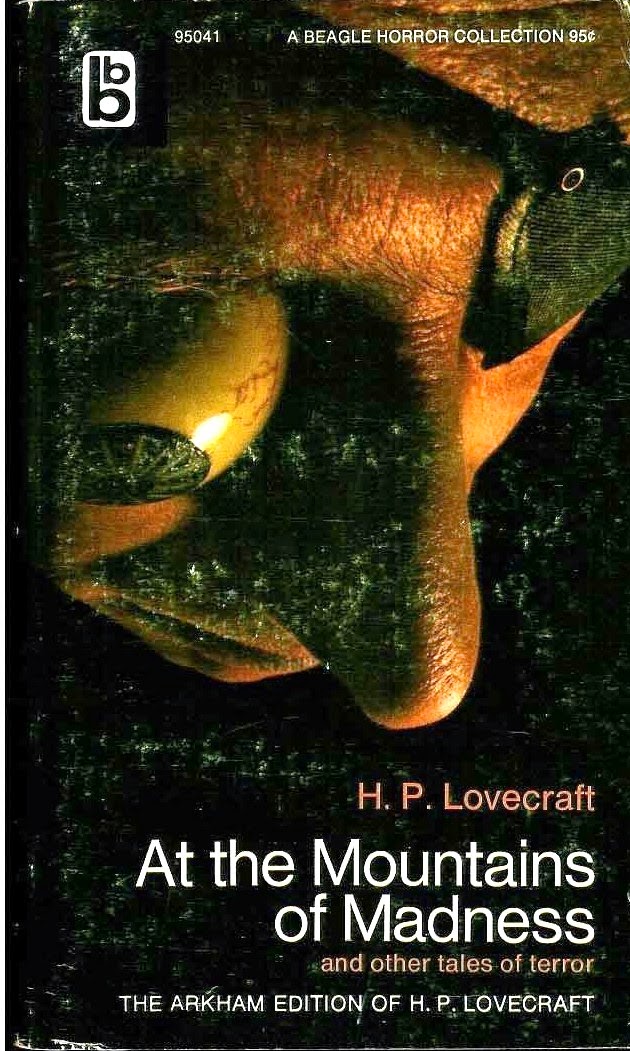 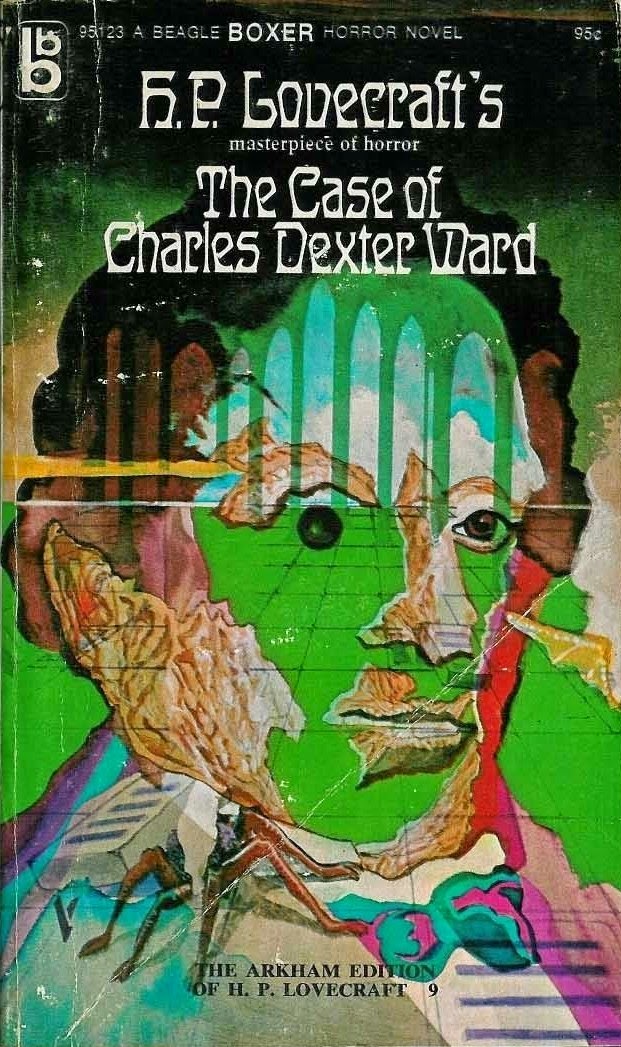 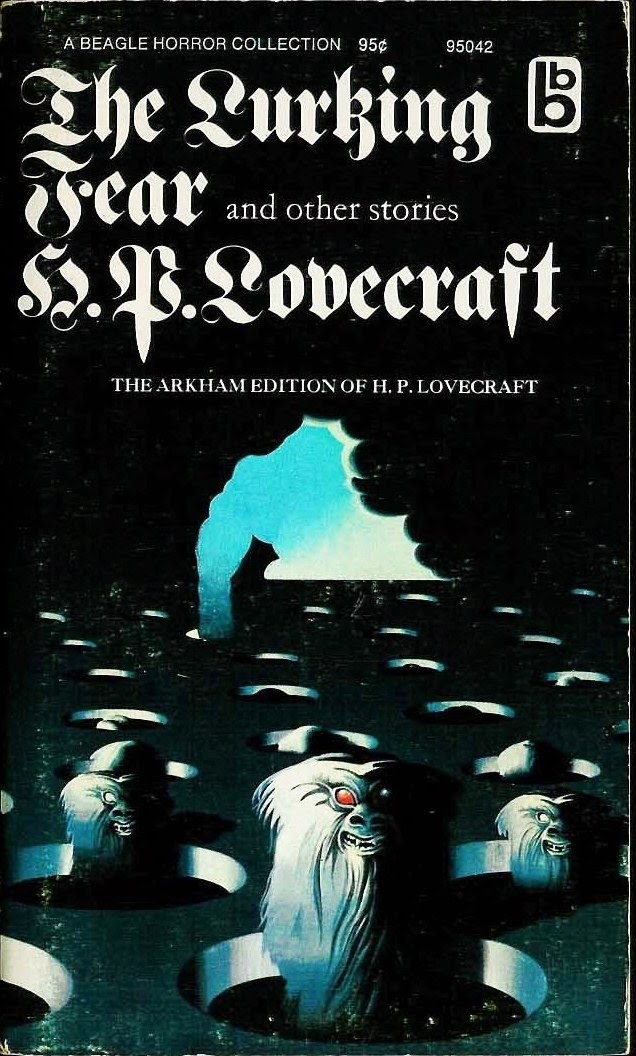 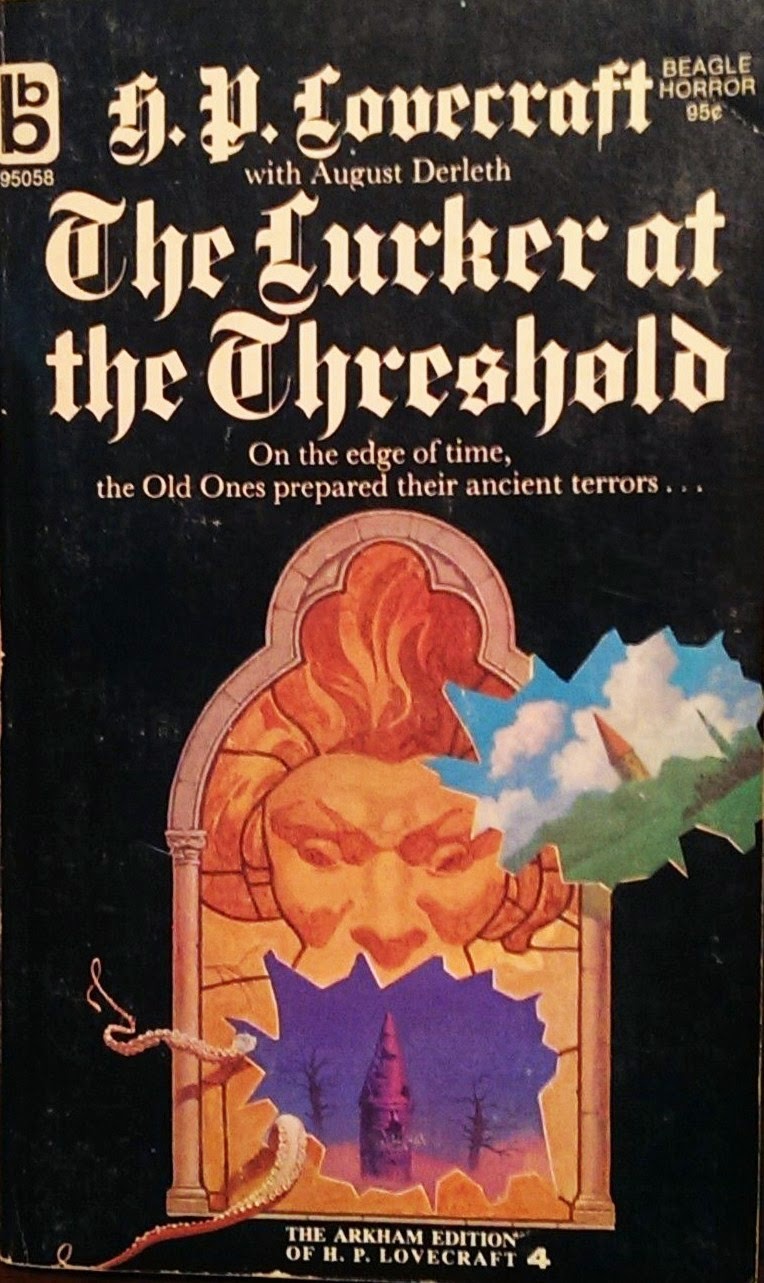 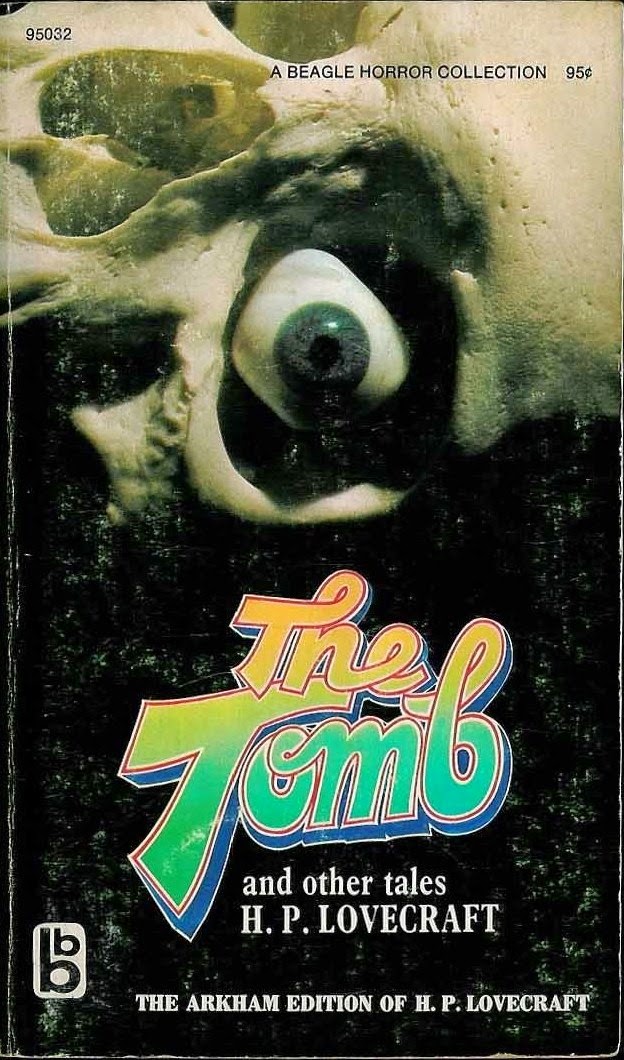 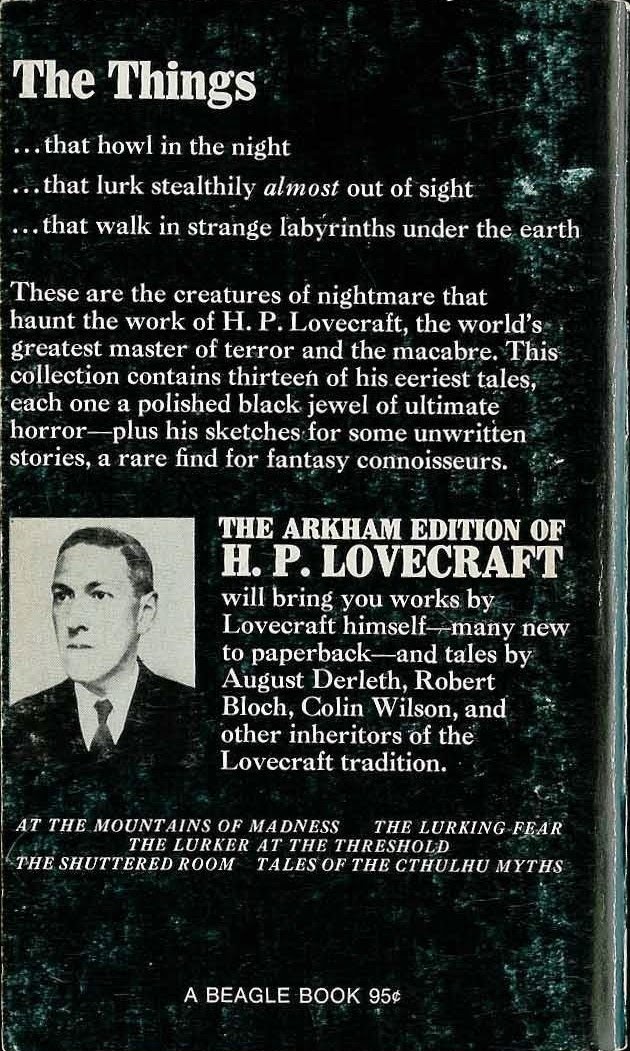 Posted by Will Errickson at 9:52 AM 7 comments: