Some Say Love It is a Razor 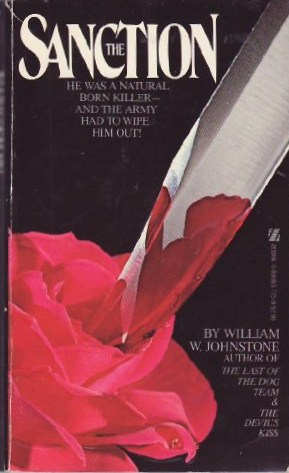 In the early and mid Eighties Zebra cranked out a handful of paperbacks that featured photos of knives slicing through various fruit, and in one case, a rose—not too obvious now! You'll recognize a few names: Joe Lansdale's first novel, Act of Love; two from hack supreme William W. Johnstone; and two from "Philip Straker," an pseudonym of Edward Lee, who would become a prolific extreme horror author in later years, and from what I can tell, he has disowned these two early titles.

According to various Goodreads and online reviews, these are more police procedural/serial killer thrillers, and at least one, Without Mercy by "Leonard Jordan"—another pseudonym, this one used by prolific pulp writer Len Levinson—is worth a read. 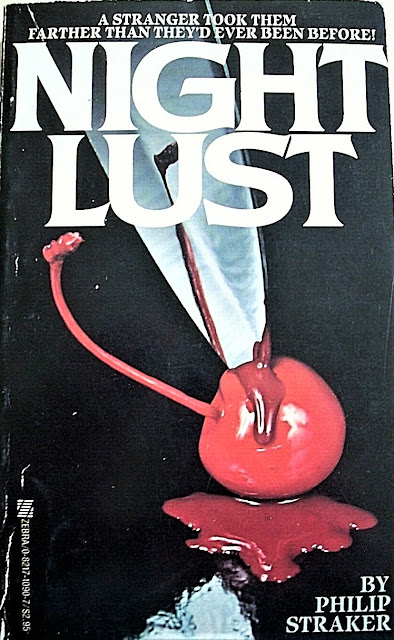 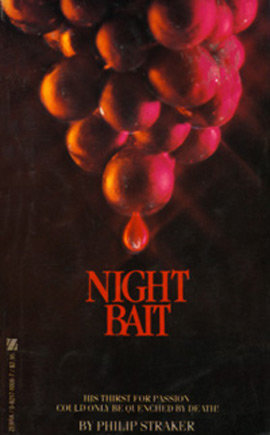 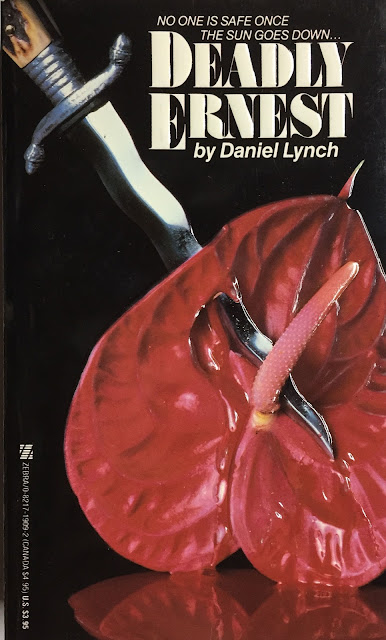 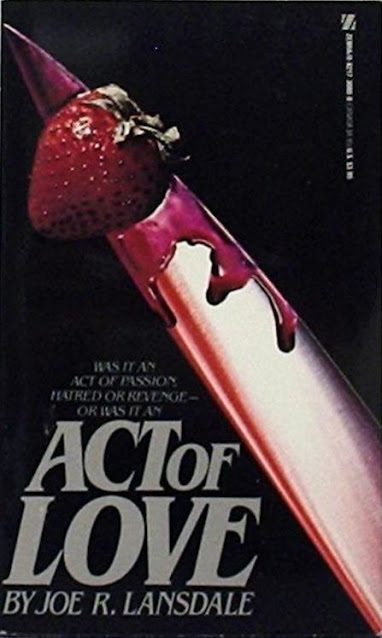 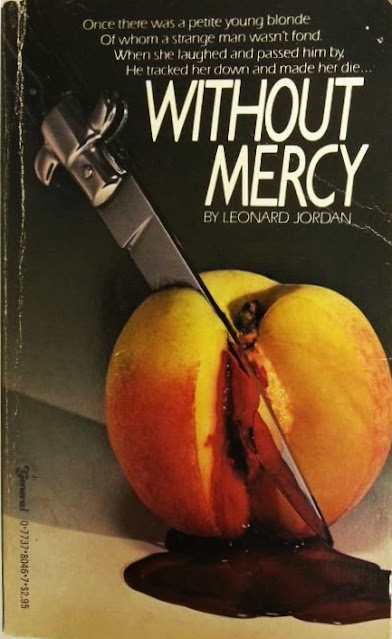 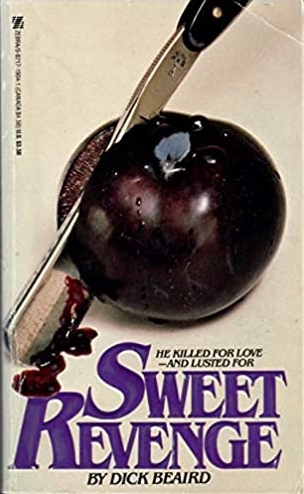 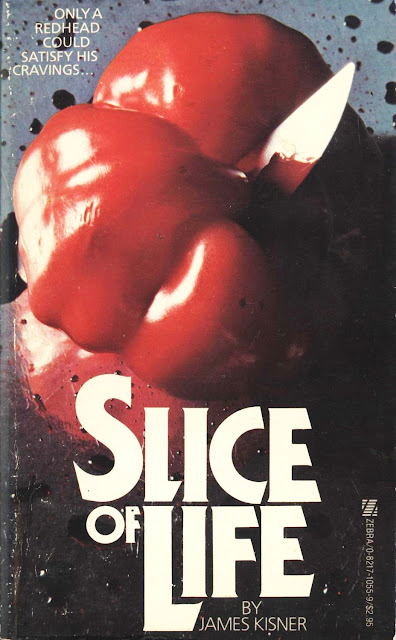 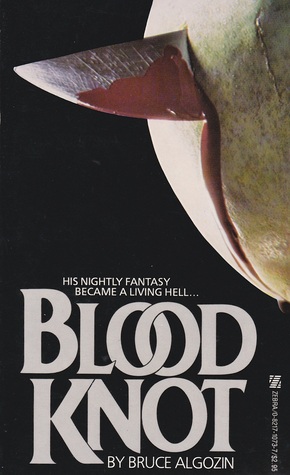 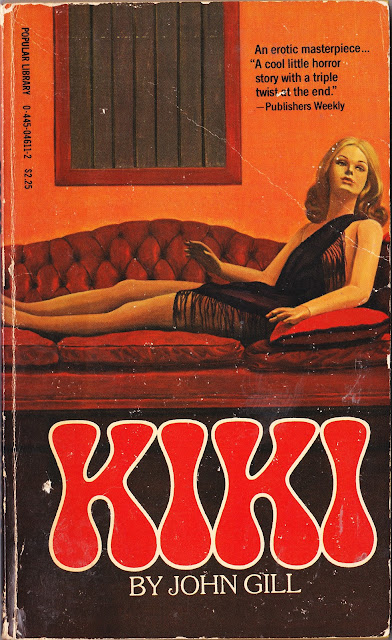 When I first saw a copy of the gloriously-covered Kiki (Fawcett Popular Library, Oct 1980, no cover art credit) on a fellow paperback horror fan's Instagram, I bought a copy immediately, $5 on Abebooks. Mannequin horror, it looked like, promising illicit erotic thrills, you know I had to have it. How had this book passed me by? I'd never come across it before, and the author's name, John Gill, meant nothing to me. Factor in that Publishers Weekly blurb about "A cool little horror story with a triple twist at the end," and I was expecting a nice, tight creepy thriller. Which is, happily, about what I got... 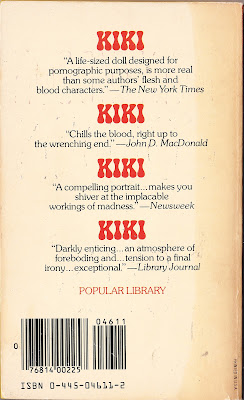 Ellis Sargesson, "Sarge" for short, is an American physician practicing medicine in the French Riviera. He is grieving the death of his teenage daughter. He is looking for an out-of-the-way house with a basement that can be soundproofed. Some nights Sarge drinks an iceless martini with a single olive soaking in it and listens to the Ray Noble Orchestra; other times its Armagnac while he plays the soundtrack to Singin' in the Rain. He buys Kiki, a Swedish-blonde, anatomically-correct blow-up doll—she's not a mannequin after all!—in a sex shop in Nice. The shop also sells Black and Asian dolls, even a rosy-lipped boy, an imitation catamite ("You would prefer a boy?" the clerk asks Sarge in halting English, "The boy is very popular with the priests.") More than that of the plot I don't want to say. 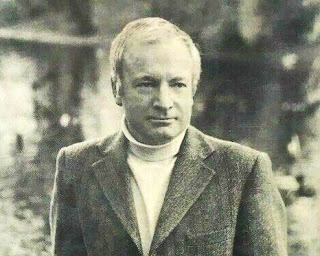 Nor can I say much about Gill himself. A brief bio of him (born in the South Pacific, no birth year given, "now" lives in Europe) is appended to the last page of the Kiki paperback; my bibliographic Googling turned up little about him other than that he once apparently was the head of drama at the BBC. Copies of his other novels were on eBay, all suspense thrillers. He had no Goodreads author page and his books were misattributed, identifying him as a John Gill who was a Catholic theologian in, oh, the 18th century. I corrected that as well as I could. 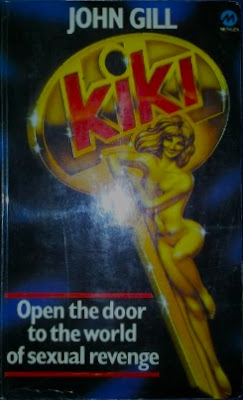 There's a very subtle, creepy quality to Kiki that I think would appeal to horror fans who appreciate offbeat, genre-adjacent works. If you've enjoyed past TMHF favorites The Happy Man, The Tenant, The Cormorant, you just might find Kiki to your taste. Gill’s smoothly professional prose and pacing isn’t entirely original, but much welcomed anyway. The vibe is reminiscent of vintage Polanski: European, insular, obsessive, cool, detached; Hitchcock himself would have approved of the goings-on as well. Twists and turns are ably deployed; the climactic confrontation(s) satisfy, all laced with a delicious black irony. I went into Kiki blind; I'd encourage everyone else to do the same! 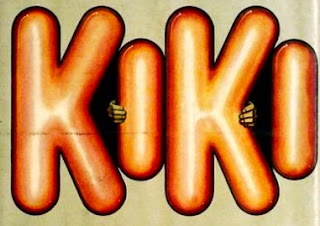