Prodigal by Melanie Tem (1991): A Headful of Strangers 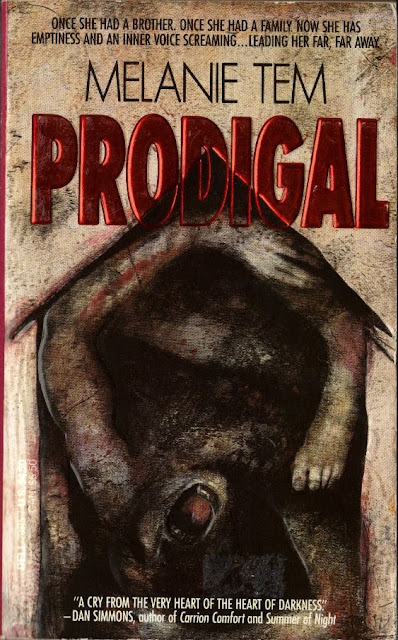 Dig on that cover for a second: the expressionistic image of a body in torment and a mind in anguish trapped inside a rudimentary house, the title Prodigal in a bold silvery-red font. This is horror cover art that accurately depicts the novel it adorns, as well as standing out from the usual clichés like ghosts and hauntings and evil leering children or psychos and demons. The person is not screaming from external fear but from some inner disturbance, relentless and unformed (Rage hot and cold, red and flashing silver and every color, bursting out of her ears and mouth and vagina. She was screaming). This kind of mental landscape is well-explored by first-time author Melanie Tem, and Prodigal is another excellent title from the Dell/Abyss horror line, one that (shared with Kathe Koja’s The Cipher) won the Bram Stoker Award for Best First Novel.

In his critical blurb inside, Dan Simmons compares Tem to Shirley Jackson, and he is not far wrong. Tem's interest in the strange and volatile dynamics of family life and death, of young girls and women and mothers maneuvering treacherous grounds of growing up, is prime Jackson territory. She may not have Jackson's iciness or dry wit, but Tem can certainly create a believable 12-year-old as a main character, much as Jackson did in We Have Always Lived in the Castle; here, Lucy Brill, whose two elder siblings, brother Ethan and sister Rae, both troubled teens, have inexplicably disappeared. Gone missing. Separately. This loss will rend the Brill family asunder.

Tem reveals some of the true horrors of childhood: the incomprehension of the adult world, the white-hot hatred of parents, the first blush of sexuality and crushes, the bitterness between siblings, the overwhelming desires to both flee the home and to burrow into its safety. But Lucy is learning how adults can barely comprehend the enormity of the world's unpredictability themselves, nor can they keep their own children safe forever… or even at all. 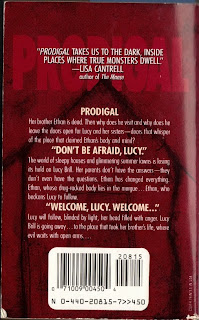 The family learns from the social worker who’d attended to Ethan that Ethan has died, most likely from a drug overdose. Which is bad enough but Lucy, Lucy is visited by his… ghost? Her own guilt and fears? Eventually even her parents confess to sometimes seeing the shades of their two missing children (hence, I'm assuming, the title). Lucy is terrified that their disappearances mean more to her parents than her own life, or the lives of the younger Brill children. In her rebellion, Lucy turns to Jerry, the social worker who she can't seem to stop thinking and writing in her diary about. Then Rae's handwriting appears in Lucy's diary, messages from... where, exactly? 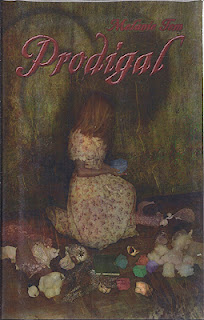 Now, it took me a while to really get into Prodigal; in the first few chapters it seemed unsteady, pacing a bit off, some of the family dialogue seems too rote; but bit by bit Tem's writing grew stronger and Lucy's personality more vivid. Several disturbing scenes of unexpected horror, of everyday mental anguish, have lingered in my memory since I first read Prodigal in 1991; I won't spoil them here. The subterranean climax feels odd but right, a nightmarish menagerie of dirty runaways (They looked like pictures Lucy had seen of fetuses in a womb) and a parent in jeopardy, as Lucy goes down, down, down to confront, to defeat, for once and all, that headful of strangers that haunts her childhood so.
Posted by Will Errickson at 8:19 AM

Damn. Sounds good. And that cover art is cool as heck.

I agree with Rabid Fox. This sounds really good. I think ordering a copy will be my first task once my new Amazon gift card arrives.

This Dell Abyss edition is OOP but it is available in a trade paperback and as an ebook.

Oooh, dawgie! Just snapped up a Dell/Abyss edition at a local secondhand shop. Looking forward to digging into this, especially because of the Shirley Jackson comparison.