The Smell of Evil by Charles Birkin (1965): Who Could Write This Book of Cruel 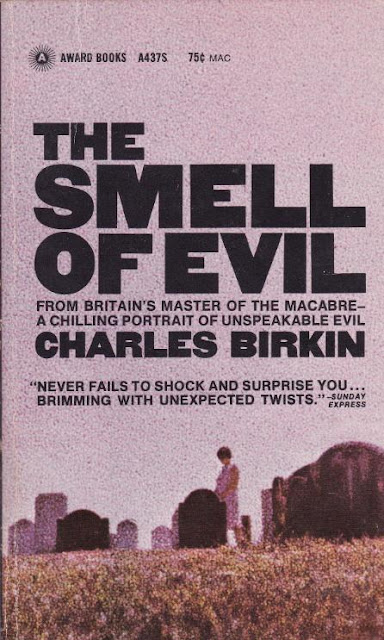 I rather wish that the stories in The Smell of Evil were more in line with the moody, melancholy vibe of the paperback cover for the 1969 Award Books edition. Instead, British-born author Charles Birkin (1907 - 1985) offers up blistering contes cruels with a kind of demented genius; there's not a moment of moodiness or atmosphere anywhere at all. Editor Dennis Wheatley perceptively notes in his intro, however: "Young writers are always sadly handicapped by lack of experience; whereas anyone who has been through a war, met a great many people in all walks of life and had to face a number of crises on their own, must have automatically acquired a wide knowledge of places, events, unusual happenings and varied emotions. Charles Birkin has this advantage...."

This is all true, no doubt. The wide-ranging settings and types of characters are a pleasure appreciated (in fact I was put in mind of Barker's approach to Books of Blood 20 years later) and well-deployed. The baker's dozen of tales contained are ingenious clockwork toys, ready to snap and trap hapless folks within their merciless jaws. Which story element, I wondered while I read, will be the tripwire? I wanted to like the stories more than I did; I didn't mind that for many I could guess the twist; or the dated sociopolitical stances; or the lack of the supernatural (featured in a couple tales, and not very original at that). What I minded was the unremitting cruelty, the vagaries of fate that scoop characters up to dash them upon the rocks, the utter misanthropic (and often sexist and racist and homophobic) nature of each and every tale. 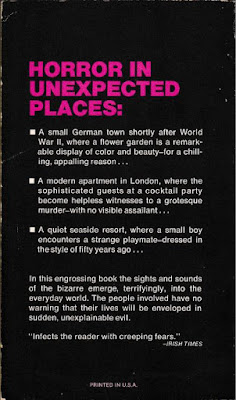 It's not that I dislike that merciless ironic last sentence-style reveal of an unimaginable horror; Birkin does it very well. But a whole book full of them makes for some dispiriting reading. Perhaps if I'd read a story here and there—indeed, I first read the title story over two years ago and enjoyed it on its own—I'd have been more satisfied. I don't know. Anyway, there were some positives. In "The Smell of Evil" a novelist on an island holiday learns of a horrific scheme to bilk a young mute heiress out of her inheritance. It's the only first-persona narrated work in the collection; its denouement benefits greatly from the technique, a reaction of rage against an unconscionable breach of trust.

"Text for Today" is a silly trifle of literal cannibalism set in Papua New Guinea; "The Godmothers" is kitchen-sink realism without mercy as it puts a child in grave danger. "Green Fingers" was my favorite of all: a well-observed story of a WWII Nazi officer and the unsuspecting woman he coolly romances. The twist crept up on me slowly as Birkin takes his time setting it up with an unforgiving depiction of self-deception and willful delusions. The original nature of zombies features in "Ballet Nègre" but feels icky for other reasons. "The Lesson" is kind of like a "Mad Men" party gone horrifically wrong (don't get drunk around children), while "'Is Anybody There?'" flirts with ghosts and psychic drama in an agreeable way. The brutal climax of "The Serum of Dr. White" is bitter and hopeless as a mysterious doctor attempts to treat a disfigured young girl. 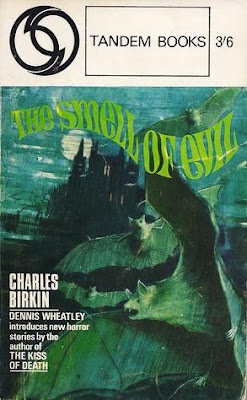 The teenage ruffians of "'Dance Little Lady'" could be right out of Saturday Night, Sunday Morning, but they go down one of the darkest paths known to humanity. The whisper of otherworldliness works well in "Little Boy Blue," another family on a holiday that ends in tragedy. "The Cornered Beast," meh, freak-show escapee. "The Interloper" is quite good in and of itself but its sexual politics are, um, troublesome: a tropical island of lesbians who've left civilization and men behind deal with a wounded man who stumbles ashore. At first it seems Birkin is showing some sympathy to women who've endured such humiliation and violence at the hands of men; the climax reveals otherwise, I think.

The final story, "The Cross," is a predictable bit of science-fiction that uses nonsense words to hide its turnabout. It's been done before. Throughout, Birkin's prose is unfailingly British: crisp, precise, mature, stuffy sometimes and irreverent at others. Fine with me. It's just that, as I said, the unforgiving quality, the bleak ends and meaningless deaths, the utter lack of humor, scares, wit, and/or creepiness (that Tandem UK paperback cover is irrelevant as well) add up to a work I'm not sure I'd recommend to readers of traditional horror fiction. Proceed, if at all, with caution. 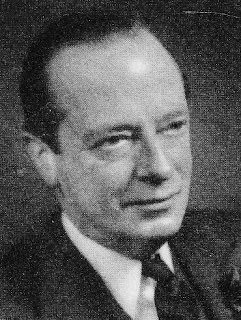 Posted by Will Errickson at 9:20 AM

Great review, and I'm with you. I can only take Birkin in extremely small doses, as I actually get bummed out after reading his stories. "A Lovely Bunch of Coconuts" from his SPAWN OF SATAN collection is probably the most twisted and depressing story I've ever read. I thought SPAWN OF SATAN would be more supernatural-based when I came across it recently, given the cover. No, just more stories unimaginable human cruelty.

I like Birkin's work and have read most of it, but would agree with the sentiment that his bleak, despiriting take on humanity is best read in light doses rather than in marathon reading jags.

While not an atmospheric writer-it's true, Birkin's element of surprise is his forte. I enjoyed all of his collections when i read them as a kid, but recently bought another HB edition of collected stories called: A Haunting Beauty, by Midnight Press, and while trying to go back in time and capture those twists again it only became tiresome to me
and I never completed reading the volume. You can't turn back time! (Thanks Cher)

I found a copy of his short stories on a trip to Canada in 1976 and never forgot his name. This was the same trip where I heard the radio announcer read off the daily obituaries.

I find a lot to agree with in your review (and in other comments here). Actually, there are strong echoes from i wrote earlier this year about Birkin's So Pale, So Cold, So Fair:

If SPSCSF is any indication, Birkin's relentless cruelty ultimately makes for some pretty dull and depressing reading, in part because his narrative technique is frequently so transparent. I think there is a overemphasis on meanness at the cost of actual horror. And I think that's just a real misinterpretation of the contes cruelle: the goal should not be to depress, but to shock. Occasionally, however, Birkin rises above (way above) that tendency and delivers something breathtaking, leaving the reader with a sense of awesome, gobsmacked horror without any of that nasty depression hangover.