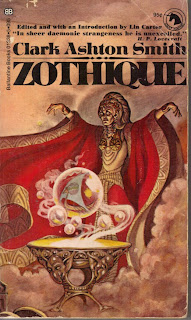 Unless you are diehard fan of horror or dark fantasy stories of the early 20th century, the name Clark Ashton Smith probably means little or nothing to you. But for those of us who are such fans, his name conjures up worlds of exotic darkness, of the purplest prose describing the strangest entities of eons past. Along with Lovecraft and Conan creator Robert E. Howard, Smith ruled those long-ago days of the 1930s and Weird Tales magazine. But unlike the other two, whose works have long been readily available, Smith sank, along with most of their Weird Tales brethren, into obscurity. Despite vocal champions like Harlan Ellison, Ray Bradbury, and Lovecraft himself, Smith is a household name only to those folks, like myself, whose homes suffer under a surfeit of paperback horror fiction. And not even always then. 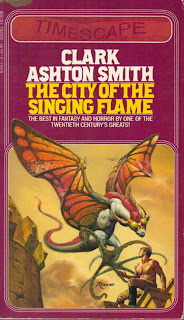 Fortunately in recent years much of his work has come back into print thanks to, you guessed it, the rise of the internet. A Google search turns up plenty on him. But, as always here at Too Much Horror Fiction, what is the fun of simply ordering a $20 book off Amazon? The real collecting fun is had scouring bookstores and library sales and even eBay to find these gloriously-covered and colored paperbacks which smell of dust and bear the worn creases of hours of much-loved reading. I've luckily found all of these paperback editions over the years; they're treasured parts of my collection, you can be sure. The Ballantine Adult Fantasy editions from the early 1970s are particularly awesome. 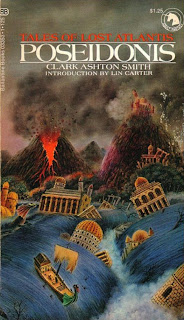 For me, Smith conjures up memories of hours lost in musty crooked bookstores, trying to find any of his elusive paperbacks published throughout the 1970s by Ballantine. In the 1930s and '40s much of his output was published in small hardcover editions by Arkham House and these are now collectors' items. For those not so inclined at collecting there is The Eldritch Dark site, devoted to everything Klarkash-Ton (as Lovecraft dubbed him). You'll miss out on some distinctive cover art, replete with demonic sorcerers, underground caverns, and bizarre nightlife, however. 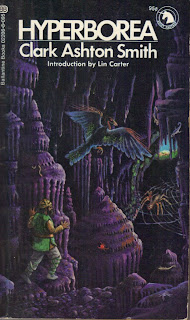 A poet and a sculptor in addition to being an author, Smith published dozens of stories throughout the 1930s with delightfully odd and evocative titles like "The Charnel God," "The Dark Eidolon," "The Beast of Averoigne," "The Weird of Avoosl Wuthoqquan," "The Desolation of Soom" and "The Isle of the Torturers." I mean, awesome! Smith invented prehistoric, arctic lands like Hyperborea, or Averoigne, or Zothique, peopled with primitives and shamans and wizards and priests and all manner of horrific creatures. With a prose style charmingly antiquated, a vocabulary that would put any logophile to shame, and an imagination that knew the darkness of a hundred ancient worlds, Smith's stories embrace myth, magic, and horror with equal fervor. Any true horror fan should avail themselves of his malevolent and decadent visions at once. 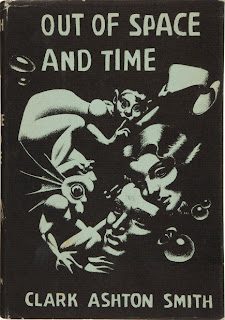 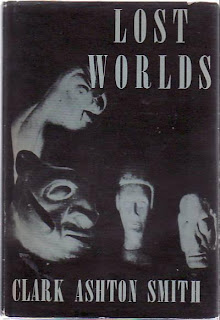 As all men know, the advent of the Beast was coeval with the coming of that red comet which rose behind the Dragon in the early summer of 1369. Like Satan's rutilant hair, trailing on the wind of Gehenna as he hastens worldward, the comet streamed nightly above Avergoigne, bringing the fear of bale and pestilence in its train. And soon the rumor of a strange evil, a foulness unheard of in any legend, passed among the people... 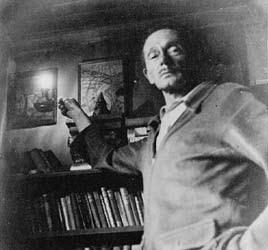 Posted by Will Errickson at 7:06 AM

You're most definitely a horror connoisseur after my own heart, Will. Not only do you get points for knowing Smith's fiction, but I love the enthusiasm you used to describe the dusty aroma that perfumes the yellowed pages and the thrill of hunting for paperbacks in shadowy stores. Only a true fear fan knows those feelings!

Have you ever checked out the Dark Horse Book of Witchcraft? It includes Smith's story "Mother of the Toads" with some very nice illustrations. Awesome job once again, man!

I prefer my paperbacks old and a little musty! Plus the fact that old book covers are so impressively bizarre and really nice works of art, rather than just design. eBay has definitely helped me on this blog, but yes, I prefer searching out any used bookstore I come across. I have not seen that comic, I will keep an eye out for it. Thanks again!

A most excellent post, bro. The line about books bearing the creases of hours of much-loved reading brought an actual tear to my eye. And those Ballantine Adult Fantasy covers are the fucking shit.

Wow, thanks for the compliment, Art. I believe there are two more Ballantine editions of Smith I need to track down.

I sometimes buy classic paperbacks for the wonderful art alone. I found a copy of The Midwhich Cookoos (the basis for Village of the Damned) this way and a Frank Lauria book by the name of Lady Sativa. I recommend thrift stores as well as the bookstore as you often find these gems among the romances at a far cheaper price than many bookstores offer. I got both of them for less than a dollar.

Indeed. However one of my town's good thrift stores closed up recently so most of the stuff I've gotten is from Amazon or eBay but I refuse to pay collector's prices. Midwich Cuckoos is def on my to-find list.

Two years later:
Those Ballantine CAS covers turned me on to the Adult Fantasy series and collecting fantasy paperbacks in general. I now scoop up anything I see with the unicorn colophon. Eventually I broke down and bought "Zothique" on eBay, but I'm still scanning the bookstores for "Hyperborea," "Xiccarph" and "Poseidonis."