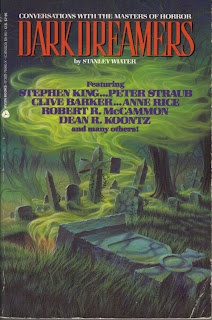 All that and more, Dark Dreamers is a wonderful exploration of the men (alas all, save for one Ms. Rice) who imagine the darkest, the bleakest, the blackest of worlds, so that we might see better in this one.
Will Errickson at 8:04 PM
Share